Funny, how time changes things.   When introduced in 1971, the Leica M5  was usually condemned because of its large size-- despite the fact that the M5 was the first M with TTL metering.    I suspect that if it were introduced today, the size would not be that big an issue.  Beside one of today's top of the line DSLRs, the M5 looks downright small.

Today the M5 is often overlooked as a serious user, but I think it deserves a lot more attention as a great shooter with notable features.

Personally, I prefer the feel and ergonomics of the M5 over all other film Leica M's, including the current production M7 and MP.  The M5 appeared in 1971, nineteen years after the M3's introduction.  Translation:  19 years of thinking about how to improve the M3.  The M5's only weak point compared to current production is a RF/VF which is not quite as good.  Otherwise, I prefer the ergonomics and camera operation of the M5.   The majority of new Leica buyers -- well off hobbyists -- preferred the feel of the classic M3 type body.   However the shooters -- the guys who made their living shooting Leicas --  mostly preferred the M5.  The proof of that is the majority of M5's show proportionately far more wear than any other M camera, except the digital M's which are again extremely popular with shooters. 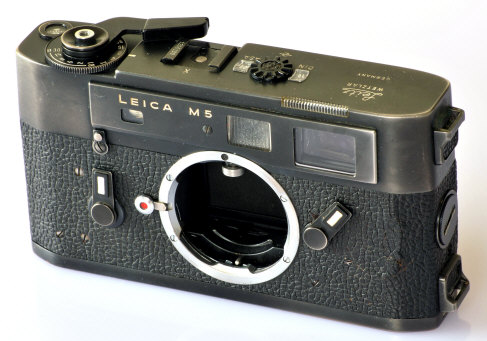 The twin strap lugs on the same end of the body mean you can carry the body vertically instead of horizontally. Cool! 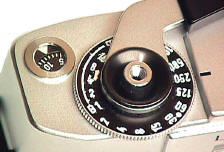 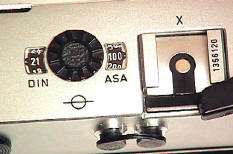 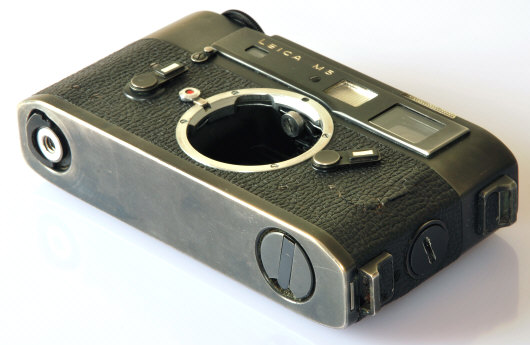 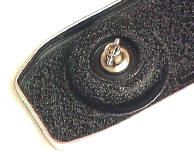 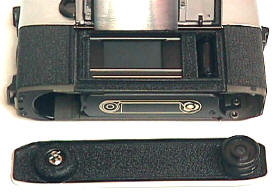 Notice even the interior of the base plate is nicely finished...something you don't see on later Leicas.

Unfortunately for Leica, the M5 was not a sales success.  New M5's  were sitting on dealer's shelves for years after production stopped.  For decades the M5 existed in relative obscurity as "Leica's  failure" -- a title I don't think it really deserves in terms of its usefulness.   As explained on my CL page, I think a most of the M5's sales problems had to do with the lower priced and extremely successful Leica CL.   Nevertheless, the M5 took the fall and its excellent body has not been  reintroduced.     The M5 was rediscovered about 1994 by Japanese collectors.  Used prices more than doubled, and maintained there.     Today the M5 offers collectors important historical features, and shooters important shooting advantages. 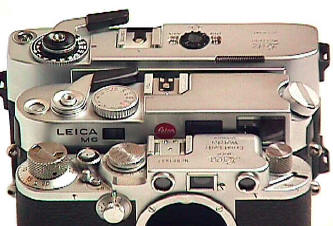 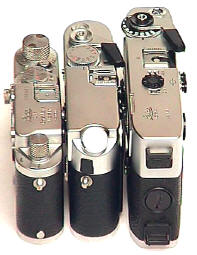 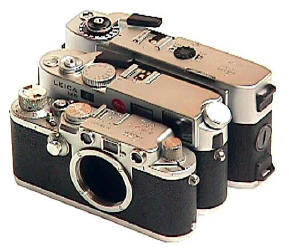 The M5 is roughly the size of the Canon 7s, and much smaller than today's DSLRs like the Nikon D3.

Instead of reading how "large" the M5 is in the various Leica books, try it for yourself.  You might be pleasantly surprised by its fit in your hands and its immanently usable features.

Mind Trick! Put it besides the new M10 aka M240, and the large M5 no longer seems so large!

Revised: April 22, 2013 .  Copyright © 1998-2013 Stephen Gandy. All rights reserved.    This means you may NOT copy and re-use the text or the pictures in ANY other internet or printed publication of ANY kind.  Information in this document is subject to change without notice.  Other products and companies referred to herein are trademarks or registered trademarks of their respective companies or mark holders.