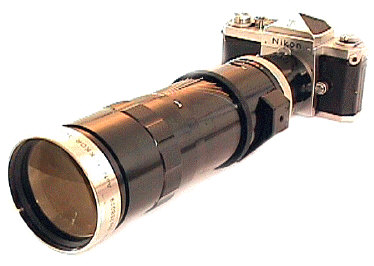 Today the 35mm Zoom lens is so prevalent it's difficult to think of what photography would be without it.  Yet, there was such a time, not so long ago.     The first production 35mm zoom lens was the 36-82/2.8 Zoomar, introduced in Voigtlander and Exakta mounts in early 1959.

There was no Japanese 35mm zoom lens, not until this two ring Nikon 8.5cm to 25 cm f/4 was introduced in November of 1959.     Modern Photography, November 1959 wrote  "The second zoom lens for 35mm single-lens reflex cameras is in production!..the lens is extremely light, weighing 4.95 lbs...fifteen elements in eight groups."  Interestedly, the prototype is actually pictured in that article.   Modern went on to test it in April 1960.   The 85-250 was an expensive lens for its time, with a list price of $595 in 1959 dollars, wow.   Yet it was still very popular with the pros of the day for sports.  After all, it was literally the ONLY 35mm telephoto zoom lens made at that point in time. 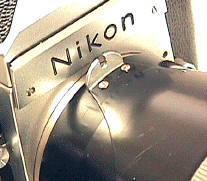 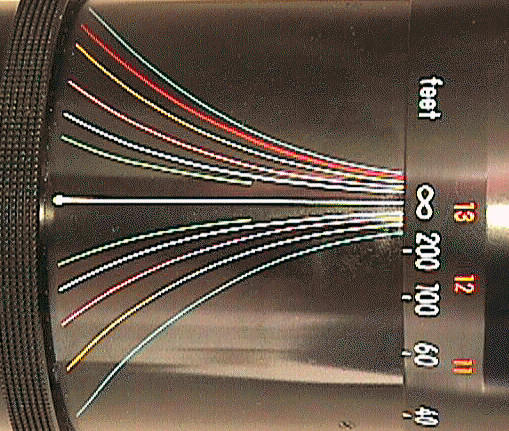 The meter coupling made from day one on Nikon F lenses was not for a TTL Photomic, but for the separate selenium meter which mounted atop the camera!    From the start, Nikon used a color coded depth of field scheme on it's zooms.

This rare first version of the 85-250 was only made until April 1961, when the dual controls rings for zooming and focus were replaced by a single control ring.  Construction is very robust.  The close focus distance is a non macro like 7 1/2 feet.   Closer focusing was accomplished with a special close-up lens.   The lens had a built in tripod socket for both horizontal and vertical shots, a special shade, and an automatic diaphragm.   Exact production of the first version is unknown, but around 2,000 is a reasonable guess.   The single zoom ring is relatively common, with a production of about 16,000 made in two optical versions.

The relative abundance of the single ring 85-250 probably accounts for the confusion amongst many Nikon F collectors who are not aware of how very rare the earlier dual control zoom is.    For comparison, the original F 21/4 is very sought after Nikon collectors now, even though its relatively common with a production over 7,000 lenses.  As a side note, this was also the world's first production 35mm zoom with a variable aperture...something very popular today with AF SLRs!! 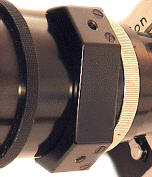 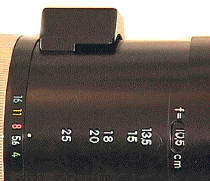 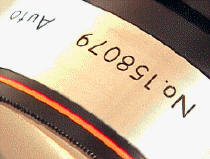 Look closely, they don't make zooms like this any more! Damn, who would have thought that a zoom without plastic was possible?    The 85-250 sported a dual tripod mount, for verticals and horizontals.  The sliding zoom ring used a little window to show you the focal length.  Notice the Red ring of the tiny 82mm close-up lens.   The close-up lens is one of the odd things which is UNMARKED in the Nikon system. 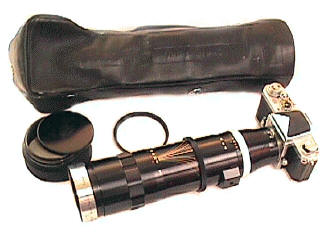