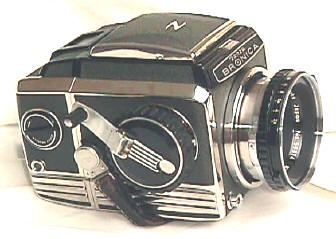 On face value the Bronica S (for Supreme) seems a really nice camera, until you compare it to the earlier and much rarer Bronica Z or D.

Introduced in early 1961, the Bronica S is very similar to the earlier Bronicas.  They can easily be confused for each other, especially if all you have to go by is the standard price guide descriptions.  Yet, closer examination shows they are very different cameras.  The earlier Z and D have an "improved Hasselblad 1000f" feeling reminiscent of the beautiful and graceful 1957 Thunderbird.    The Bronica S takes on a more gaudy aesthetic style,   reminiscent  of the 1959 Cadillac El Dorado. 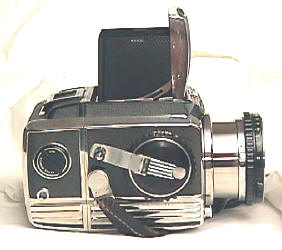 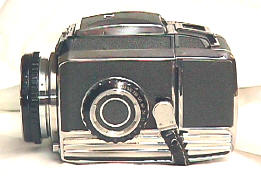 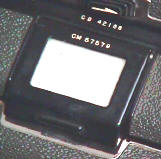 These pics show the new magazine back opening latch, and covering safety latch. 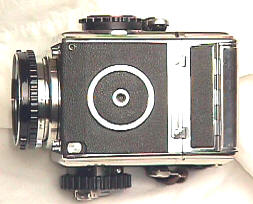 All in all, I have to say I find the S a cheapened D.  The D, in fact, is a much more feature laden  and aesthetically pleasing camera. While some may consider the addition of a winding crank an advantage of the S, I think it turned into a disadvantage.  Bronica apparently changed the winding gearing and springs in their transition from the D to the S.  The problem, at least in the examples I have examined, is that   the S advance and mirror mechanism  has considerably more noise and vibration than the D.

Alas, the curse of a beautiful older sister, or smarter older brother. If the D did not exist, I would describing   the advanced Bronica S with its advanced instant return mirror, wonderful craftsmanship, easy fast handling, and intelligent system approach.

Left to right, the Bronica D and Bronica S.