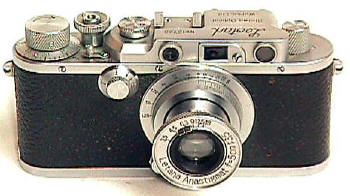 After W.W.II  many camera companies imitated Leica by manufacturing their own brand of "Leica Copy."   Most copied were the Leica II, III, and  IIIa.   As time went on,   many companies their own improvements.    Leotax made about 20 different models between 1940 to 1961 and is often considered to be the best of the Japanese made Leica Copies from a standpoint of craftsmanship.  Personally I find the Niccas  just as good.    "Leica Copies"  by HPR estimates that less than 50,000 total Leotax  were made. 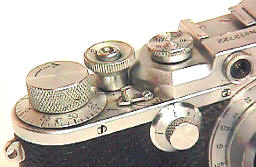 Noteworthy  points are its very large and unusual raised   shutter release,  and that it was "Made in Occupied   Japan" during the American troop occupation after W.W.II.      The almost identical Leotax S amounts to a  rarer synced version of the D IV.   It add flash sync outlets on the front of the body.    In his superb book Leica Copies, HPR estimates S production at only 600-700 units. 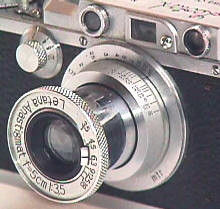 This is the rare first version of the 50/3.5 collapsible Letana Anastigmat.  It was actually made for normal lens for the much earlier Leotax Original, Special A, Special B, and Special.    Estimated production: about 1000 lenses for the four cameras. 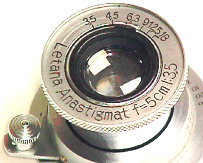 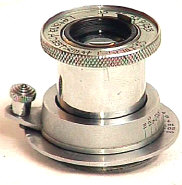 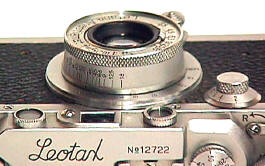 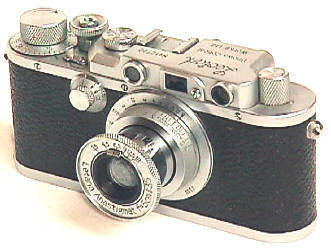 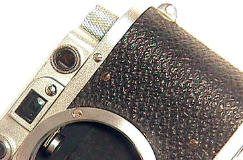