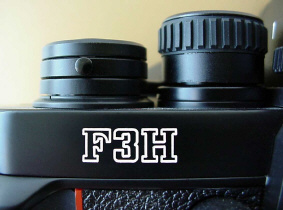 Nikon F3 High Speed: Although referred to as the F3 High Speed, it was made for the 1998 Nagano Olympics. The F3 was first introduced in 1980.   For years it was said the electronic F3 shutter was not rugged enough for a High Speed version, keeping F2 High Speed prices up due to user demand.   Nikon finally made the F3 High Speed --AFTER the F5 was introduced!    There are no production F4 or F5 High Speeds, not yet, anyway.   Top speed is 13.5 fps (frames per second) -- the fastest Nikon.   The 13.5 fps just might have something to do with bragging rights over  Canon's EOS 1n RS at 10 fps.    Original price 500,000 yen. The most interesting thing about the price is that ALL F High Speeds, the F/F2/F3 had an original list price of 500,000 yen! Nikon insiders say that that this was planned as the LAST of the Nikon High Speeds. Part of the reason may be expected changes in digital technology which will eventually make high speed digital cameras very practical.  Notice the higher than normal shutter release and shutter dial. 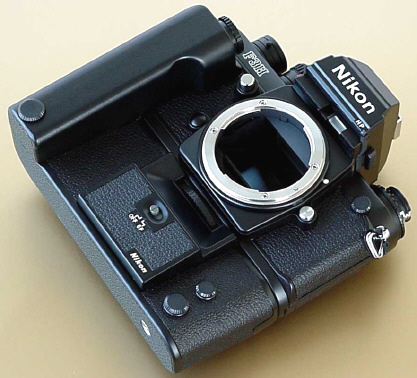 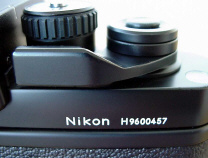 F3 High Speed numbers apparently start with H9600001.   According to a Nikon insider closely connected to the project, production was planned for 300 cameras.   It would seem from this camera, number 457, that orders exceeded that in the brief time Nikon was taking orders.     Officially the F3H  was only to be sold to credentialed professional Japanese photogs, though  it is obvious many were sold to   credentialed  Nikon collectors.   If you have a F3H with a higher serial number than this, please email me and send a pic of the serial number if possible for this page.    The F3H was NOT a regular production camera; it was not even officially exported.  Nikon took orders only for a few months, apparently only to fill the perceived need for the cameras at the Nagano Olympics.

Like all F3's, but unlike the F4 and F5, the motor is detachable.  Replacing the back door converts the F3 HS to a semi normal F3.   Considering the much higher speed, its interesting that the special MD4H motor is not that much bigger than the regular MD4 drive.   The High Speed will take the standard MD4 drive, but the MD4H drive will not fit standard F3's.   The MD4H drive works with a standard 36 exposure cartridge only (not the 250 back), in other words, 3 seconds and you are out of film! 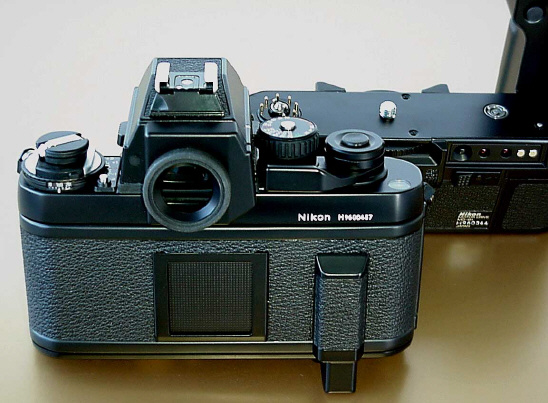 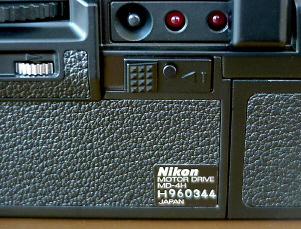 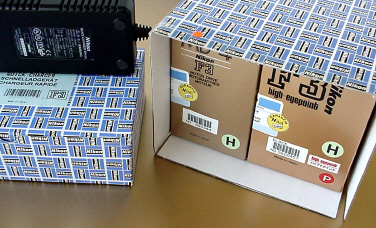 The Nicad battery pack is necessary to achieve the 13 fps, but using AA batteries, 7.5 fps is possible. 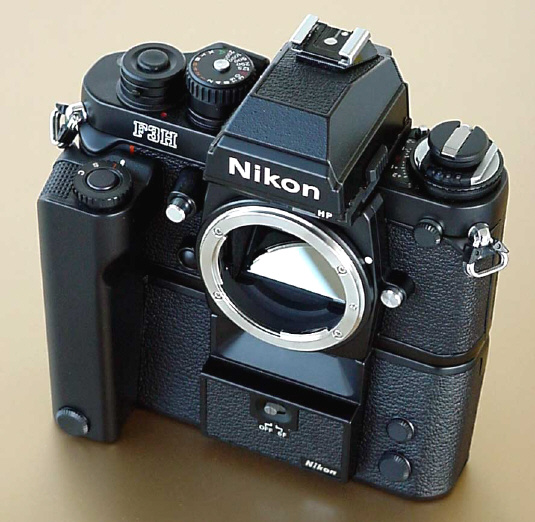 Like the previous F2 High Speed, the F3 High Speed uses a fixed Pellicle mirror in order to attain its high speed.  Mechanically, a standard mirror could not operate that fast dependably.  Likewise, lenses would have trouble operating with automatic aperture stop down and reopening at 13 fps.  You guessed it, the F3 HS is an aperture  STOP DOWN operating camera.  In other words, mount the lens at f/16 and you will be looking though a stopped down f/16 aperture through your viewfinder.  Push what would normally be the depth of field button to OPEN the lens up for brighter viewing.

Any Nikon High Speed is a Desirable Collectible, the F3 HS takes its place as probably the last of the High Speed series.