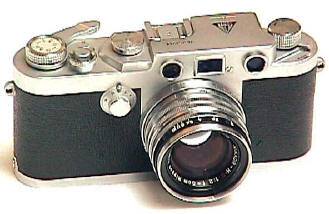 In the late 50's Nicca greatly improved upon Leica's basic design to create what I believe is the best of the small Leica screw mount cameras. The Nicca 5L is so good it even outshines Leica's own renowned IIIg. 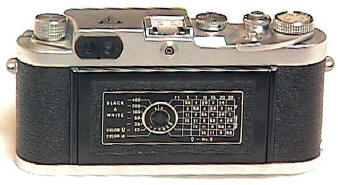 Using my Leica IIIf, I always wondered why it had no M3 back door type film loading or lever advance. If you have not used a Leica screw mount body, allow me to tell you that loading them is a bit of a pain. Film loading can take several minutes and the film can easily jam if not in just right.

Years later I learned that the camera   I yearned for was  the Nicca 5L (also sold in the American Sears and Roebuck department stores as the Tower Model 45 or 46, depending upon lens combination). Nicca was probably Japan's 2nd largest Leica Copy manufacturer after Canon. The large majority of Niccas are knob wind screw mount Leica copies, similar to the IIIa, IIIC, or IIIf. The Nicca 5L has these improvements: 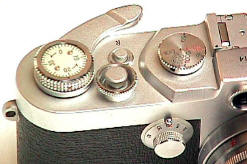 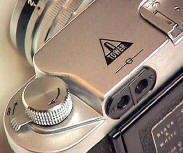 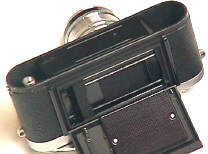 The Nicca's 5L's exterior finish and workmanship are remarkably high--almost but not quite up to Leica's standards of the time. Translation: not as good as Leica then, but a better finish than Leica now.   If you want to shoot a small Leica type screw mount camera, you will have a difficult time finding a camera more pleasurable than this one.  Unfortunately, the Nicca 5L is rare. HPR in his excellent book Leica Copies says that it "has never been seen," but he does picture its twin under the Tower label.  Naturally of course, I have one.   300 Leica Copies by Pont and Princelle refers to the 5L, but has no picture of it.  Apparently  Nicca 5L's are easier to find in the US than Europe.     Illustrated here is the Tower version, which is a story in itself.   Most sources refer to them as the "Tower 45 or 46" because this nomenclature was used by Sears and Roebuck in their catalogs.  Yet, I have the instruction book for the camera which shows the factory called it the "Tower 5L!"

With its convenient back loading and fast lever advance, the Nicca 5L is my own pick as the ultimate development of Oskar Barnack's small Leica Thread Mount camera ideal.

Although Nicca disappeared when bought out in the early 60's by Yashica, the great grandson of the Nicca 5L still competes with Leica's best as the Contax G2!