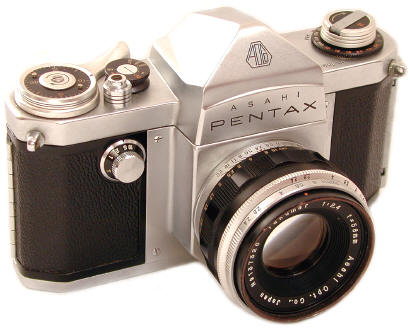 Pentax Collecting is just starting to come into its own.  Like most collectibles, the earlier the better.  In 1957 Asahi introduced their newest SLR, the "Pentax."    It was Asahi's first camera with a built in Pentaprism and only the second pentaprism Japanese SLR ever -- after the Miranda Orion.      Pentax expert Fred Sherfy estimates in his book "Asahiflex and the Pre-1959 Asahi Pentax Cameras" about 19,600 Pentax Originals were produced -- or a production a few thousand less than the rare and highly sought after Nikon SP.

The original Pentax was one of the rare pivotal designs which influenced millions of 35 SLRs.    To appreciate the Pentax, you have to look at the Pentax predecessors.   Before the Pentax standard 35 SLR practice to have slow working knob winds and knob rewinds, the sole exception being the Exakta with a LEFT hand lever advance.  You took the picture and the finder was dark, not brightening up again until you advanced the film which also lowered the mirror once again -- the exception being the Pentax older brother, the Asahiflex.  The beauty of the original Pentax design was putting  together so many desirable features for the first time,    into a small well made SLR.    It was a landmark camera that became so successful Asahi changed its name to Pentax!    Millions of 35 SLRs would  follow the general layout trail-blazed with the original Pentax, also marked by the American department store Sears as the Tower 26.   Features included: 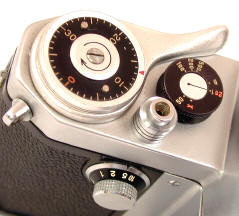 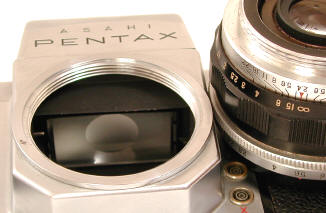 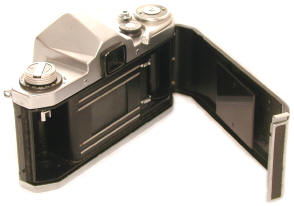 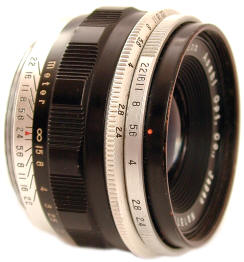 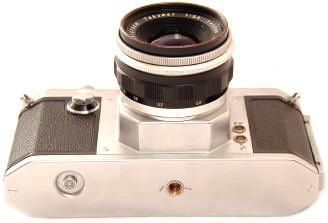 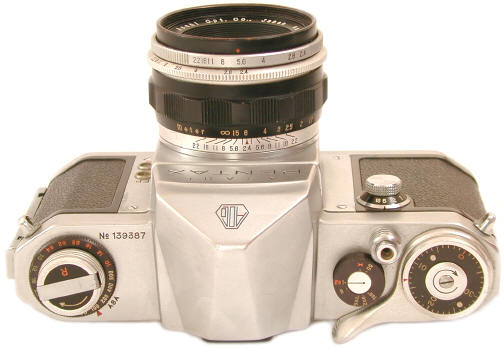 "Pentax" by way of Germany.  Many people call 42mm screw mount lenses "Pentax Screw Mount" due to Pentax popularizing the 42mm screw mount.  However, the first camera to use it was the East German Zeiss Contax S in 1949.  Some believe the camera was designed before WWII interrupted production.   Even the Pentax name was originally German.   According to a book by Alexander Schultz called "Contax S, A History of the World's first 35mm Prism SLR Camera,  Asahi bought the trademarked "Pentax"  name from the East German camera manufacturer VEB Zeiss Ikon in Dresden about 1954.  Looking backwards, it was not one of VEB's  best decisions.  Apparently Pentax  originally derived from PENTaprism and contAX,  before the East Germans  lost the court battle with West German Zeiss to use the Contax name world wide. 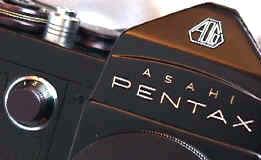 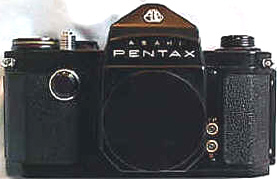 The "AOCO" logo on the pentaprism stands for "Asahi Optical Co." 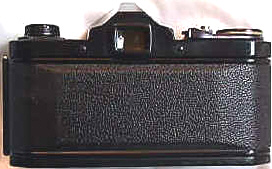 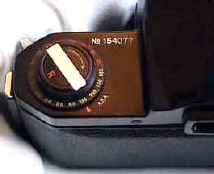 Fred Sherfy emailed me that he has only encountered about SIX  black Pentax Originals in all of his years of collecting!  Today any original Pentax is hard to find, but the black ones are especially rare.

The Original Pentax is one of a handful of truly classic 35 SLR designs.  For its time, one of the best designs ever.