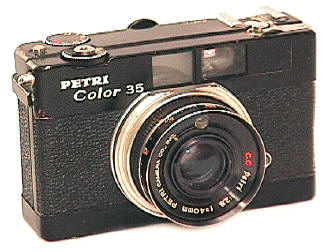 Simply put, the 1968 Petri Color 35 is a design masterpiece.  Elsewhere I complain about the Rollei 35's odd, hard to work design. The Petri Color 35 came two years later and is the camera that the Rollei 35 should have been.  Where the Rollei 35 is odd and hard to work, the Petri Color 35 shines in originality and ease of use.  Of course all of this is VERY odd, since saying a Petri had a much better design than a Rollei is something like saying Yugo had a much better design than Ferrari.    I don't have a clue how the Color 35 design came to Petri, but I bet it's a fascinating story.    According to the Collector's Guide of Japanese Cameras, the Petri Color 35 has the distinction being the first Japanese camera to have the distance scale and exposure scale in the viewfinder. Most Color 35's are chrome.  The harder to find black enamel finish is more desirable. 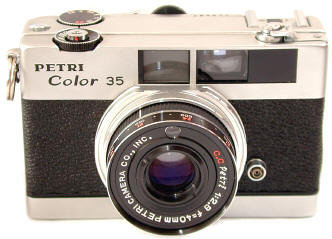 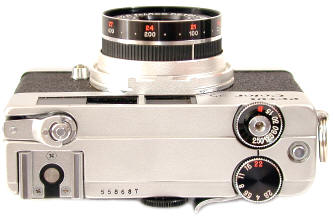 The chrome version with black lettering is the most numerous Petri 35 in the US. Even though a small camera, the controls are large and easy to use, especially the film rewind lever.  The chrome button to the right of the shutter and aperture dials is the battery check. 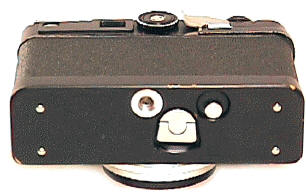 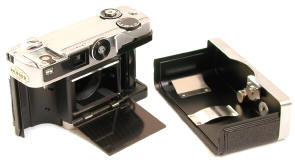 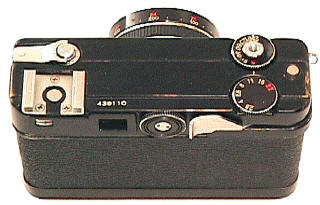 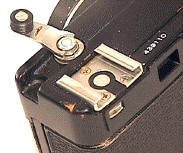 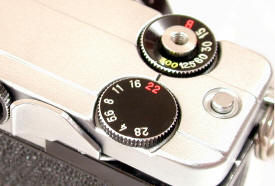 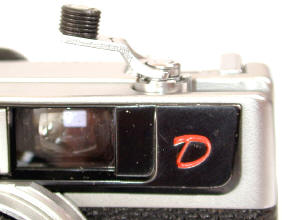 In my experience the "D" or Color 35 Deluxe is the rarest version in the US, even rarer than the black.   It has a higher 1/300th shutter speed, and is prominently marked on the finder.   I am unsure if black 35 D's were produced, I have never seen or heard of such an animal. 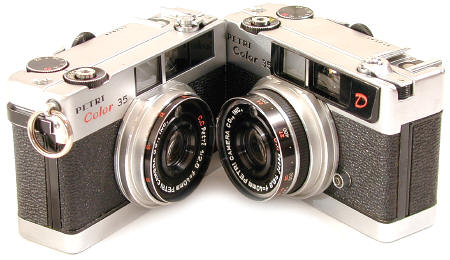 Black Focus Dial on back center of camera focuses lens, as well as collapsing lens back into the camera body.  Camera will not release shutter with collapsed lens.  Shown here are two of the rarer Color 35's, the red lettered "Color" and the 1/300th speed "D." 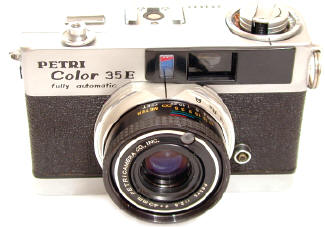 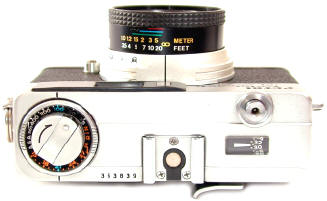 The Petri Color 35 was followed up in 1970 with the Color 35 E.  Built on the same body, the 35E was unfortunately a much more conventional and more forgettable design.  The 35 E added programmed only exposure and a Guide Number flash system,  while taking away user selection of f/stops,  shutter speeds, and exposure control.   Instead of the Color 35's more precise geared system of retracting and extending the collapsible lens, the 35E used a simpler and less expensive  friction pull / push design.  Apparently having an elegant design like the Color 35 was too much for Petri:  they had to screw it up and go back to their normal Petri standard  with the "improved" 35E.  Early 35E's had one strap lug, later ones had two strap lugs to escape back to normalcy in camera design --- argh.   Thankfully the shutter is locked until the lens is extended into shooting position. 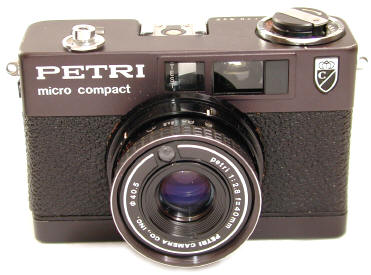 In 1979 the "micro compact" appeared, a cheapened all black Color 35E with basically the same features.  The metal lens base on all earlier versions was replaced with cost saving plastic.

Petri Beats Leica M in the compact department!  OK, so the race was rigged.

Was the elegant Petri Color 35 Petri's best ever design?  Well, I guess that depends upon who you talk to, but in my eyes, it wins hands down.   If you like "different" cameras with noteworthy features, this little Petri may become a favorite of yours too. 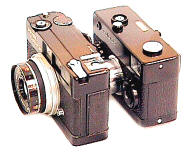