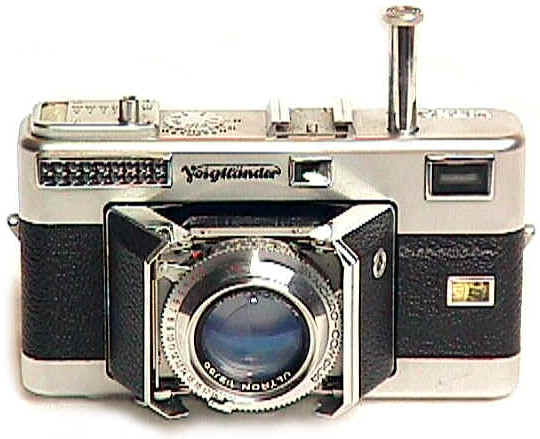 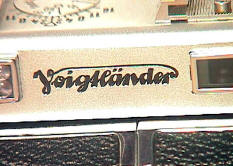 The Voigtlander Vitessa L  gets my vote as the most beautifully made, most elegant, and most innovative 1950's  35mm folder.    The fit and finish is exquisite, approaching Leica M3 standards.  No other folder even comes close in my book, though the Zeiss Contessa would get 2nd place. Introduced in 1954, the L was the last of the small non-interchangeable lensed Vitessas.  The Vitessa T of 1957 added interchangeable lenses to complete with the Retina IIIc, becoming a much larger and ungainly camera in the process.

The Vitessa L  was available in your choice of  the four element 50/2.8 Color-Skopar or the six element 50/2 Ultron.   Close focus distance is 3.3 feet.  Shutter speed range is 1-1/500th plus B with the leaf Compur shutter which allows flash sync at any speed.   Minimum F/stop is f/22.    The "MXV" setting on the shutter allowed the photog's choice of flashbulb, electronic flash, or self timer. 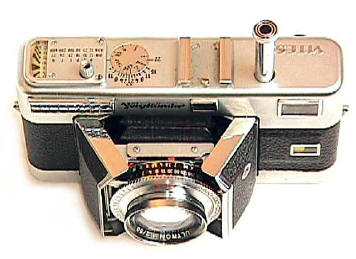 Unusual Vitessa Features for its time and genre The shutter and meter uses EV or Exposure Value settings, a system popular in the late 1950's.     Once an exposure combination is set, that combination of equivalent f/stops and shutter speeds remains set until the photog pushes down the combination EV lock/aperture lever to select another  setting.  In other words, if you set f/16 at 1/125,  moving the shutter speed to 1/250th automatically moves the f/stop to f/11.

All of this sounds more complicated than it is.  In using the camera, is shouldn't take you very long to get used to it.   The EV system was also used with the built in selenium meter.   Rotating that small wheel on the far right of the top plate switched the meter sensitivity to match a film range between ASA 12 to 400.   The photog read the meter's EV measurement and transferred it to the combination f/stop/EV lever on the bottom front of the shutter. The back removes for easy film loading   just by rotating the center mounted latch on the camera bottom plate ninety degrees.   This also exposes the film counter mechanism on the front of the camera body.   Rotate the film counter until the black diamond matches up to the red index mark.  Like most 35's,  take two shots after you close the back and you are on the number one frame.    Once loaded, gently use the film rewind lever to take up the slack in the film cartridge.   The rewind lever shaft has a small line on it.   If the film is loaded correctly, this red line must rotate once you start advancing the film.     To rewind the film,  press in the rewind button, unfold the rewind lever, and turn until you no longer feel any tension on the film. 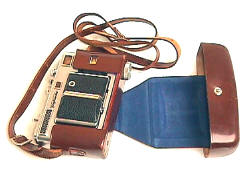 The Vitessa's case is very well done top grade leather. I have long considered Voigtlander  camera and lens cases the highest quality ever by a camera manufacturer.   Too bad Voigtlander didn't go into the leather goods business after the camera division fell on hard times.....it might have saved them.   Notice the little see-through window on the front of the case.  It shows the film counter even when the case was closed -- a nice and very practical touch. 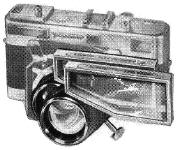 The Vitessa L with two Proximeter close up devices attached.   A close up lens attached to the lens, while the viewfinder was corrected with the attached auxiliary viewfinder -- shaped something like a .  This image is from the Vitessa instruction.  Apparently the Proximeters could be used in combination.   A Vitessa brochure states close-ups were possible to 10."

Vitessas seldom seem to have their original lens shades, probably because the shade does not fit into the ever ready case.    I wonder how many of these have been passed over in camera store junk boxes   because they were not recognized. 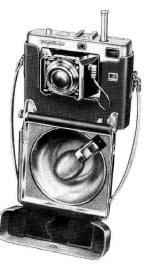 Voigtlander was often innovative, but sometimes the innovations are a bit odd. Here is the Vitessa combination case and flash reflector. I suppose the lighting will work for some subjects, but personally I have to see  light below the lens axis produce a pleasing portrait.

The Kontur finder is quite interesting, and quite useful. Voigtlander made a variety of them for different cameras.   Strangely the Vitessa Kontur is labeled "35 mm" denoting the film size, yet it is for the normal 50 mm lens!   To my mind at least, this is a GREAT finder which can be useful on virtually any 35mm camera, including SLRs.  The trick of it is that it allows the photog to frame and keep both eyes wide open, for maximum peripheral vision. 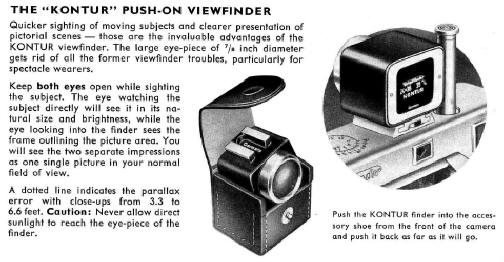 One eye looks directly at the scene, the other eye looks into the blacked out Kontur finder which only gives you the frameline.   As unbelievable as it may sound, your brain puts both images together, so you have the scene with a bright frameline and the most peripheral vision you will have in any finder.   Note the warning not to site the finder towards the sun. 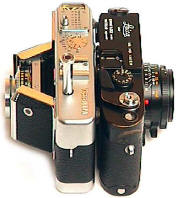 The Vitessa body closed is surprisingly close in size to the Leica M body.  The M4 MOT is mounting a late version non-aspherical 35/2 Summicron. 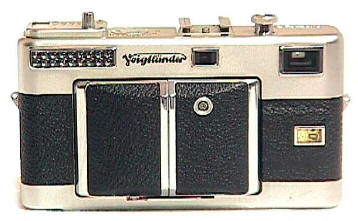 The Vitessa is such a beautiful camera, it's difficult to believe it's not a Leica, high praise indeed.