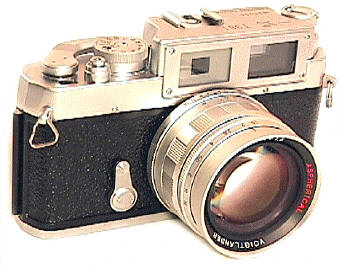 On his web site, Mr. Yasuhara  proudly proclaims to be the "the world's smallest camera maker."  His  aim seems to be modestly producing a small number of "old fashioned" cameras.  Production is said to be about 100 per month.   The T981 has a much different feel to it than modern cameras -- it has a classic 1950's feel to it.  Shooting with it is different, simple and enjoyable.

In kindergarten, I loved the story of "the Little Engine that Could, " a  story celebrating  the adventures of a little train engine achieving  victory with determination  against impossible odds.    Perhaps not coincidentally,  I find myself liking the Yasuhara T981.  The chances of a classic style rangefinder Leica mount camera being made by a start up Japanese camera maker in the late 1990's are, quite simply, astronomical.  Nobody would have believed it, if Mr. Yasuhara had not done it.    I believe the T981 will achieve  status with collectors as an important footnote to 35mm history -- the spark that started the 35mm Rangefinder Renaissance.

Mr. Yasuhara  succeeded admirably in his aim of producing a modern classic camera.  When you first pick it up, you will notice its weight -- a heavier feel like the 50's classics -- apparently real brass and chrome top plates. The finder is bright and clear, with an unusually wide field of vision.    The rangefinder image is bright and easily seen.  I had no problem at all seeing all four corners of the 1:1 50mm brightline frame -- and beyond it -- even wearing glasses.  The  quiet shutter really surprised me,   quieter than the Voigtlander Bessa L, but not as quiet as the Leica M.  The film advance is smooth and short, as is the shutter release.    The controls are large and easy to handle.  The film loading is basic by today's standards, but a blessing from above compared to the Leica screw mounts.     At the present time Yasuhara makes the T981 body only, with no Yasuhara lenses yet being produced.    The upper pic shows the T981 mounting a 50/1.5 Voigtlander Ultron, and below mounting a 15/4.5 Voigtlander Heliar. 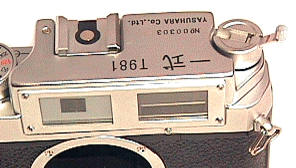 Alas, despite its charms, all is not as it should be with the T981.   A Japanese magazine reported that a number of Yasuharas did not have the proper back focus for accurate focus.   The shutter seems to be a standard single layer metal Copal shutter, which means in bright light you may have shutter light leaks.  Yasuhara recommends keeping a lens cap on the lens except when you are shooting.   The RF housing on the sample camera has an open crack between the body and RF housing near the rewind lever  -- great for getting dirt into the VF/RF.    Mr. Yasuhara needs to make some definite improvements before many photogs will consider the T981 a trustworthy picture taker. 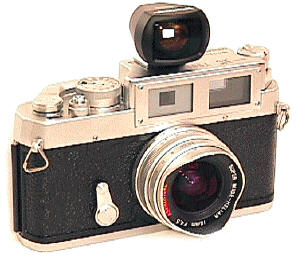 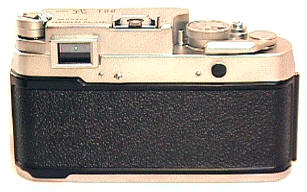 The finish is adequate, but not up to Leica or modern Japanese standards.  In my estimation the Yasuhara finish level is about halfway in between typical Japanese quality and the not so great Russian FED/Kiev quality.  Many suspect the T981 is actually produced in China, though I have not been able to confirm or deny this speculation.  The camera is not marked as to country of origin.   The chrome has a somewhat rough finish to it, though not at all objectionable.    If you want the precision of Leica M framelines, the T981 is not the place.   While the viewfinder is clear and bright, the framelines and LED finder readout are  indistinct, yet they get the job of framing done.

The 3 LED readout on the left side of the finder (green in the middle with red below and above) are also indistinct, and may be hard to see in some lighting situations, yet they were still usable.  The only badly placed control is the PC connection, strangely on the back edge of the top plate below the lever advance. 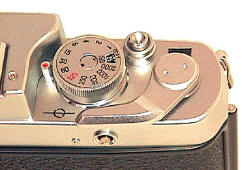 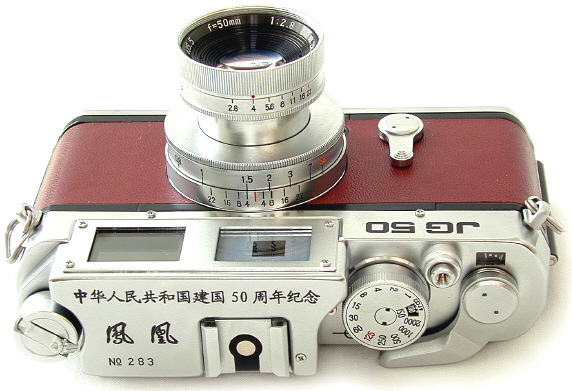 The T981 is manufactured in China by the Phenix Camera Company.    There are a least 3 different versions: 1) Yasuhara 2) Phenix 3) Phenix JG 50.   At least one lens is being produced for the Phenix, a 50/2.8 collapsible of Tessar design.  The JG 50 commemorates 50 years of Communist rule.   It looks like a Yasuhara T981  with a large "JG 50" on the right front edge of the top plate,  Chinese engravings on the top plate, and red body leather.   Production said to be 500 sets, with the 50/2.8 lens.   The rarest version of the JG-50 is with the mis-spelled factory engraving "OFFICAL USA EXPORT."  Only 10 were produced.   Hmm.   It didn't take those wily communists long to figure out they could charge more if they made a "special" model.

At that time, no other new Japanese interchangeable lens 35mm rangefinders were actually confirmed to be on their way to the marketplace. His efforts got much attention in the Japanese Photo magazines, and much interest from Japanese rangefinder lovers.   This  pent up frustration for  a new Leica Screw mount rangefinder camera seemed to surprise the big Japanese camera makers.   The new rangefinder renaissance was on its way as other bigger companies jumped on the rangefinder bandwagon --  like Konica, Cosina-Voigtlander and Nikon.   Good things this way have come.

Will I sell my Leica M's and CLE, replacing  them with Yasuhara T981's ?  Hmmm.  Not quite yet.    However, when I am in the mood to celebrate the power of the individual, when the urge strikes me to be the Photographer from La Mancha,  the T981 will be my first choice.

Mr. Yasuhara is now winding down production on the T981, after about 4,000 were produced.   He is now working on a new camera, the fixed lens T012.    I wish him good luck with his new project.   The new Rangefinder Renaissance owes much to Mr. Yasuhara and the enthusiastic reception the T981 received when first announced as the first of the new generation Leica mount rangefinders.

February 2004 UPDATE:  I am sad to hear that Yasuhara Co. went out of business this month.   This will probably increase demand of Yasuhara cameras as collectibles.

Revised: February 19, 2004 .  Copyright © 1998-2004  Stephen Gandy. All rights reserved.    This means you may NOT copy and re-use the text or the pictures in ANY other internet or printed publication of ANY kind.  Information in this document is subject to change without notice.  Other products and companies referred to herein are trademarks or registered trademarks of their respective companies or mark holders.