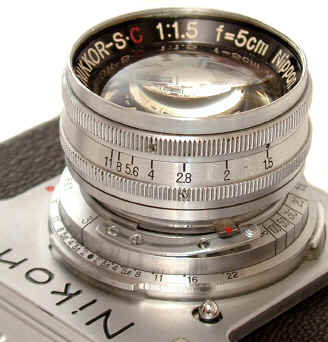 The 50mm f/1.5 is one of the rarest of all Nikon lenses,  produced less than a year in 1950 for the unsynced  Nikon M.  It was Nikon's first "Super-speed Lens."  The 50mm f/1.5  was soon replaced by the even faster 50mm f/1.4 so Nikon could have temporary bragging rights of producing the world's fastest 50mm lens.   It was produced only in chrome, with a surprising minimum aperture of f/11.   The 50mm f/1.5 Nikkor has sometimes been mistaken for the very similar 50mm f/1.4 by those who just don't  bother to read the f/stops -- to the delight of buyers and dismay of sellers.    Total production in both Nikon and Leica screw mounts was about 800.  It is estimated about  300 were Leica screw mount, leaving only about 500 to satisfy Nikon rangefinder collector's quest to have Nikon's 1st super speed lens, making the 50mm f/1.5 rarer than even the 50mm f/1.1. 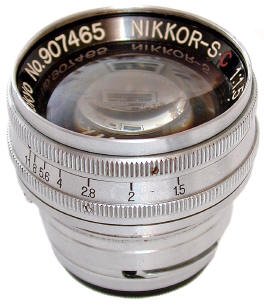 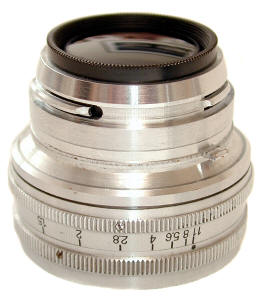