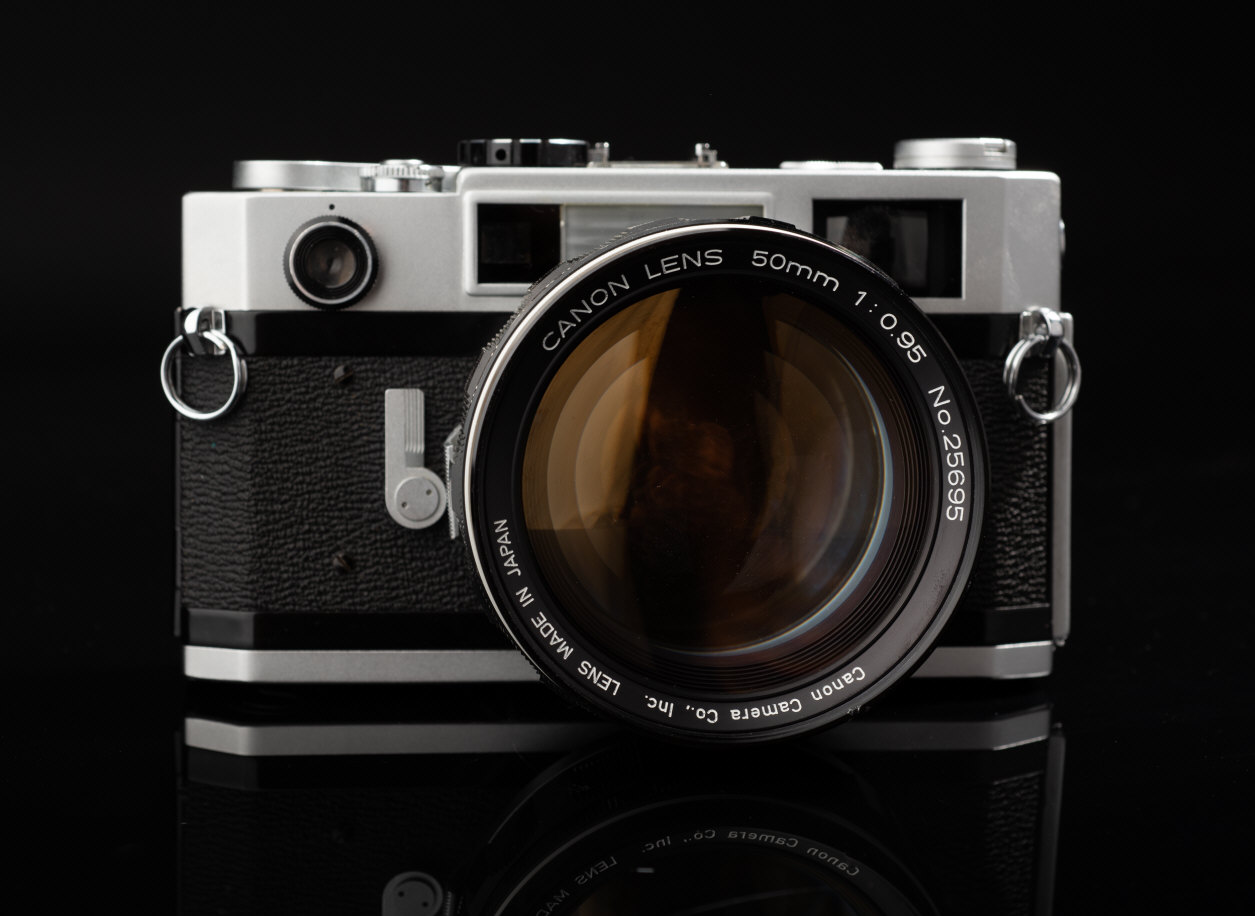 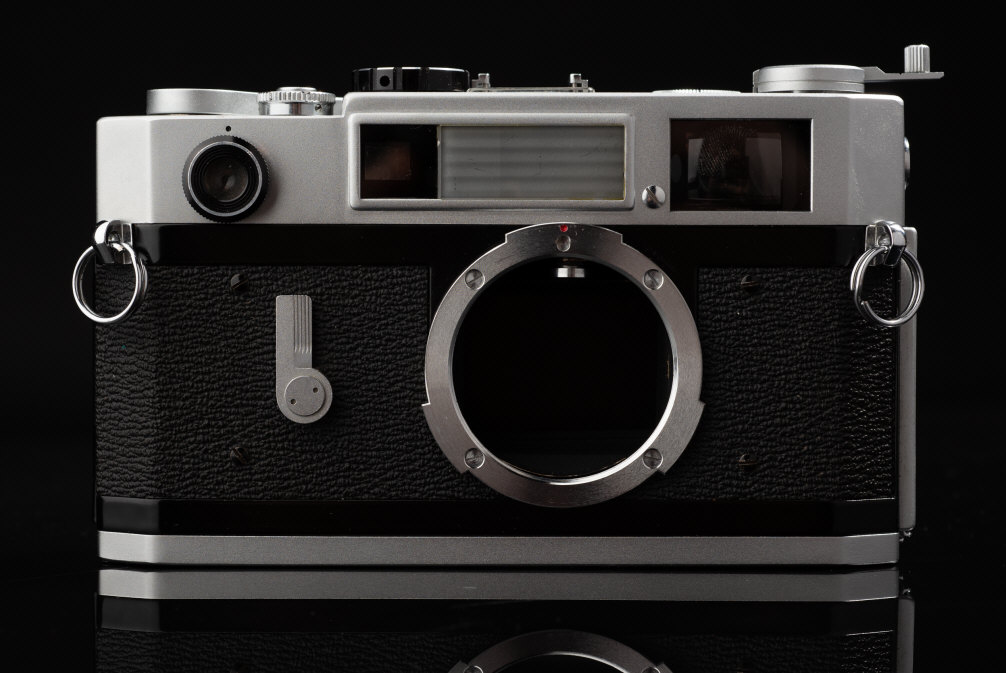 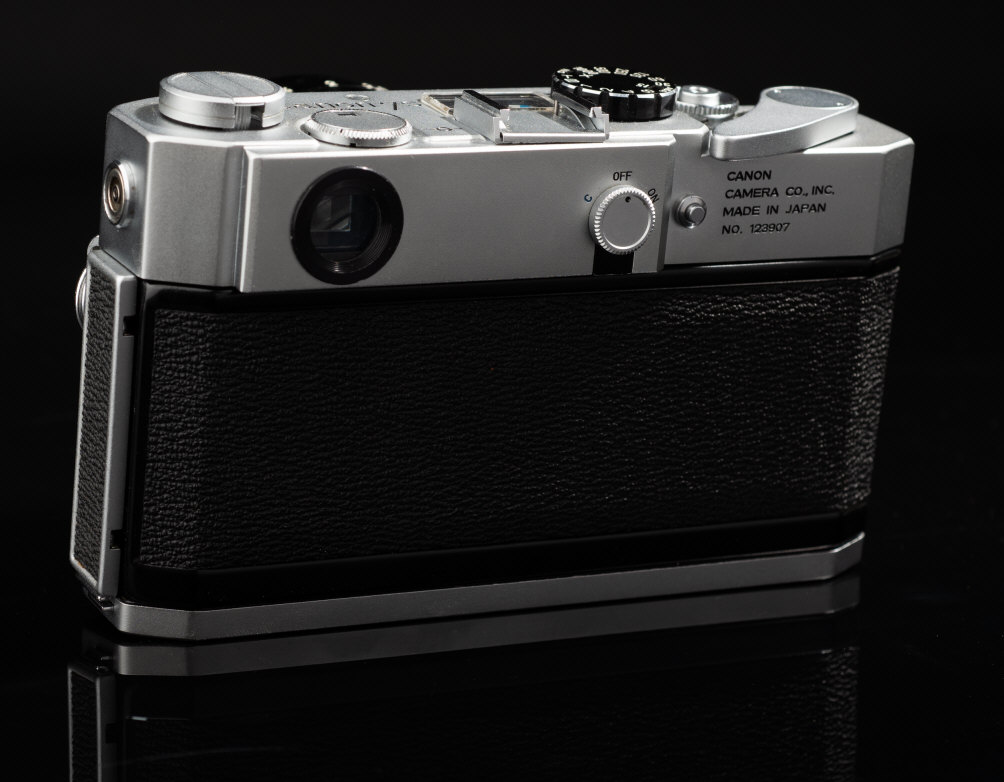 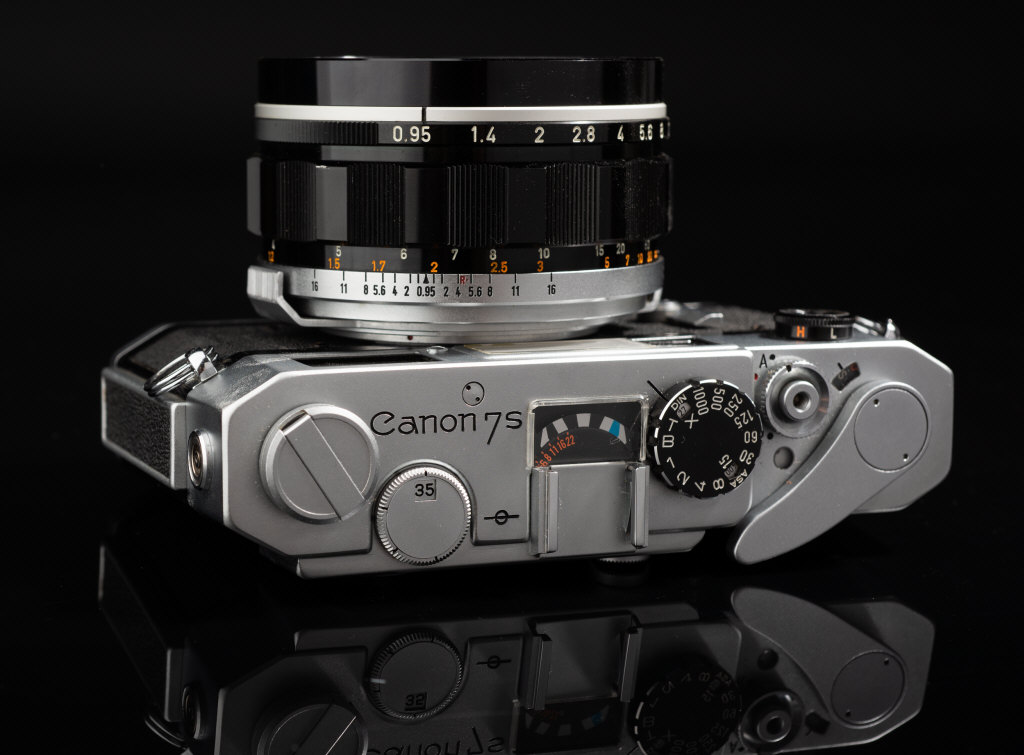 Of all the hundreds of thousands of Leica screw mount cameras (Leica or Leica copies), the Canon 7/7s/7sZ are the most advanced of all.   In many ways,  they amount to the Leica M4 of Screw mount cameras. Before you get confused, let me explain   this trio amounts to small variations of the same camera.  Here the 7sZ is shown with the 50/.95, the fastest production 35mm camera lens made to date.     Strangely enough, at least one Russian Fed 2 was converted to take the Canon 50/.95! 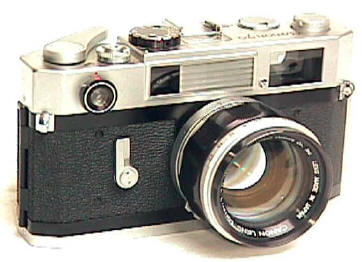 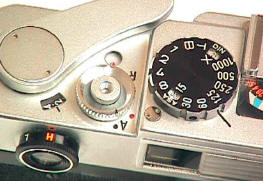 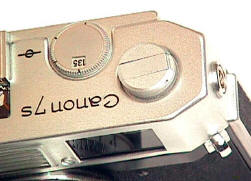 The 7s and 7sZ are almost the same camera.  The Z is the rarer and improved version of the 7s, most easily noticeable by its larger rewind knob (compare pics of the 7sZ top, and the 7s to the left).     Production is only about 4,000. Production on the regular 7s is only 16,000, while about 4,000 7sZ's were produced.   In other words, the 7s is about 30% rarer than a Nikon SP, while the 7sZ is five times rarer!!   Not only are both great user cameras,  they are also great collectibles as the last of a long line of Canon Rangefinders. Features include: 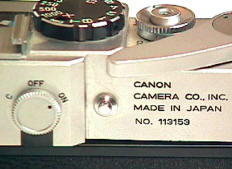 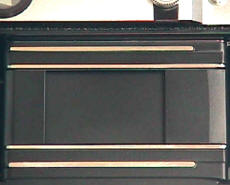 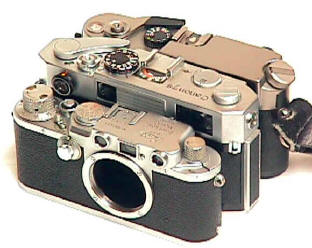 Its worth noting that the term "7sZ" was not created by Canon. It was originally noted by Peter Dechert in his Shutterbug series of Canon articles in the late 70's. Then he called it the "7s Type 2." When his book "Canon Rangefinders" came out, he started calling it the "7sZ" and others followed his lead. Personally I find the "Type 2" designation a lot more logical. The difference between the different versions is a noticeably larger rewind crank(19.5mm wide) on the later type, along with a different position RF adjustment screw.

USER TIP! Have you notice that peculiar little unmarked chrome button on the back side of the top plate? It's the ASA interlock! Press that button and then you will be able to change the ASA setting of your built in meter.

Either version of the 7s is very hard to find, especially in near mint condition. If you are lucky enough to own one, you will not be sorry.

The 7s has a great overall integrated design.    It's a great camera use and is one of the best Rangefinder designs ever. 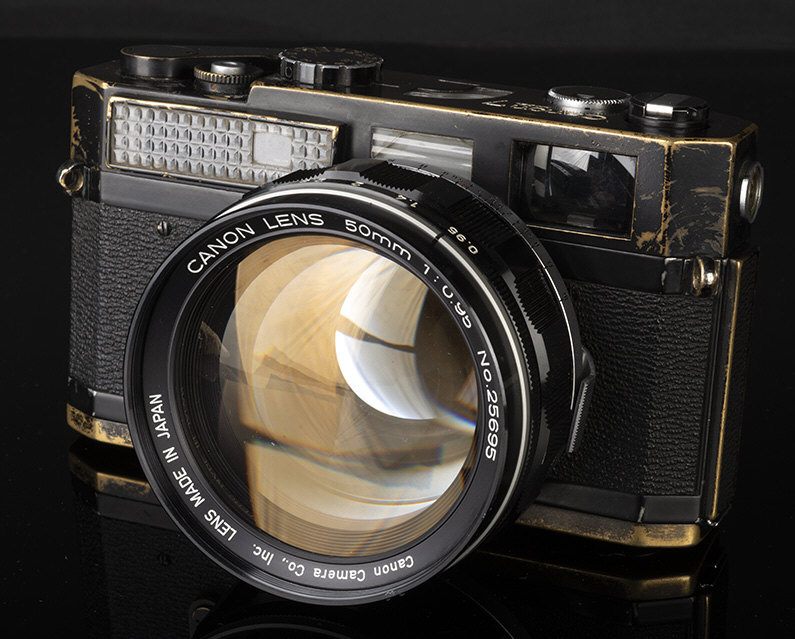 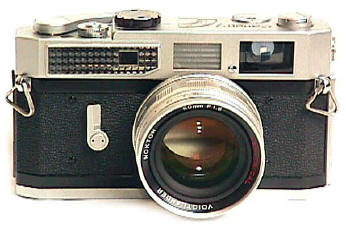 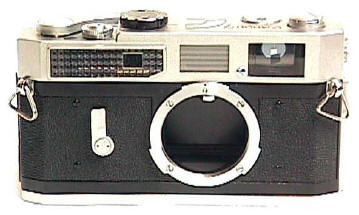 The 1961 predecessor to the 7s is virtually the same camera,   except  it has a selenium meter instead of a CDS meter.  Not too surprisingly, it is the Canon 7.     A huge marketing success with over 100,000 produced, the Canon 7 represents a real bargain in today's used rangefinder market.   The 7  is a far better user than ANY of the other Canon RFs other than the 7s, and a far better user than ANY of the Leica Screw mount bodies.   Its only other disadvantage is not being  able to brag to your friends at the country club about how much it cost.  Shown mounted is the modern  50/1.5 Voigtlander Ultron Aspherical.    The rarest 7 is the ultra rare black finish.  It's interesting to me that the 7 often sells for about half the 7s or 7sZ, even though the 7 is MUCH more common and has less desirable features.  The way I look at it, either the 7 is selling for more than it should, or the 7s/7sZ is greatly under priced.

Strangely, the 7 has no accessory shoe on the top plate.   If  you want to add an accessory finder or flash, you have to mount the strange and difficult to find "accessory flash coupler" onto the bayonet mount surrounding the flash sync.  It's kind of a strange thing,   and a startling oversight that the accessory shoe was not made part of the initial design.  Originally selling for about $20, I've seen the accessory flash couplers sell for $120 to frustrated 7 owners who were tired of looking for them.   They would have been better off with a 7s. 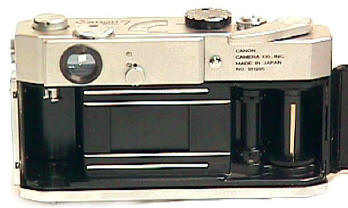 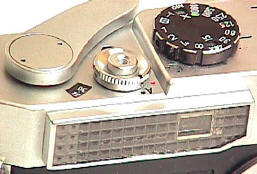 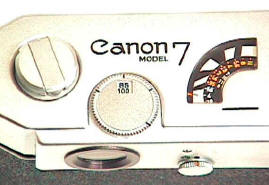 That funny looking horizontal window in front of the shutter release is the window for the selenium meter.  What's that?  An older exposure meter which did NOT need batteries and was more sensitive to the entire light spectrum than CDS, but not nearly as sensitive in low light.  Notice the large well marked shutter speed dial.    At ASA 100, the EV sensitivity range is 6 to 19.    The ASA range is a modest 6 to 400.

The pic at the right shows the frameline selector dial, at the "85/100" frame in the pic.  Between the frame selector dial and the shutter speed dial is the dual scaled meter readings, one for low light and one for high light.   If taking photos near the floor you use the low light reading, if near the ceiling you use the high light reading.   (That was a photo joke, I hope you   didn't believe it)   The meter hi/low switch is that small round dial to the right of the eyepiece.   Black dot up is the high range, orange dot up is the low range.     Not shown but further right is the ASA lock button.  Push it down while lifting and turning the shutter speed dial to  change the meter's ASA settings.

For all its features, the 7 is a bit of an ugly duckling in the Canon rangefinder lineup.  With the large selenium meter, no accessory show, and the not to elegant advance lever, aesthetically its just a bit odd.

The Canon 7/7s/7sZ has  some nice features that the Leica M's unfortunately do  not.  They include:  a shutter lock, a film transport window, an overly large shutter speed dial, and a the well placed PC sync post at the end of the camera body.   It's better than the Leica M because it's more out of the way and less likely to end up in your eye.   While the Canon 7's rewind lever is smaller than 7s/7sZ,  it is still large enough to easily do the job. No, this  isn't trash Leica M week,  these Canons just have some VERY nice features.

Revised: May 21, 2021 .  Copyright © 1998-2020  Stephen Gandy. All rights reserved.    This means you may NOT copy and re-use the text or the pictures in ANY other internet or printed publication of ANY kind.  Information in this document is subject to change without notice.  Other products and companies referred to herein are trademarks or registered trademarks of their respective companies or mark holders.