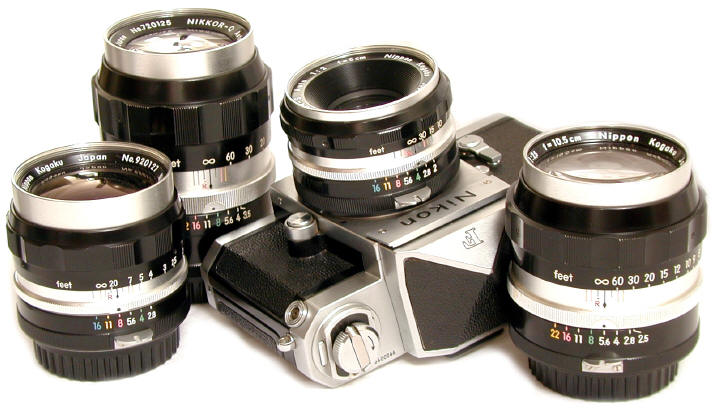 The Nikon F was an extraordinary camera, one of the most important in 35mm History.   The early F's and their lenses are especially interesting to the experienced F collector because their rare variations are different from the  hundreds of thousands of F cameras and lenses that would follow -- making them a collector's delight.

The earliest Nikon F lenses  are the four very rare TICK Mark lenses: the 3.5cm/2.8, 5cm/2, 10.5cm/2.5,  and 13.5 cm/3.5.   Remember the F was Nikon's first SLR -- Nikon was in a learning curve on the early F cameras and lenses.   TICK Mark lenses get their name from the fine calibration Marks on the aperture rings, precisely indicating the Marked f/stop.   This kind of calibration made sense if the  aperture ring has no click stops, but its superfluous with click stopped lenses.  As a result, TICK Mark lenses were soon discontinued, creating a rarity for the intent Nikon F collector.   To a knowledgeable collector, the earlier the TICK lens, the better -- just like the early F bodies.

TICK Mark lenses have a Combination of Unique Features

TICK Mark Production figures has long been a problem to Nikon F Collectors, and still is. If you have a TICK Mark lens, please email me with the serial number and details of your lens.   Many details are still not known.    Information on this page will change as better information comes to light.      While I helped fill in a few blanks, most of the production figure research was done by Swiss Nikon Collector Richard de Stoutz. 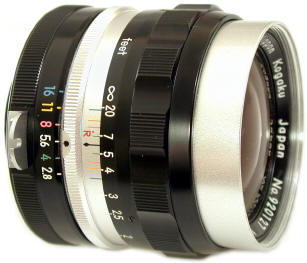 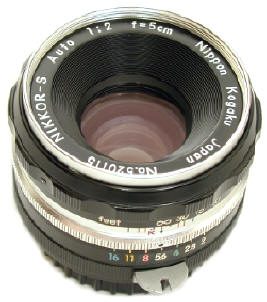 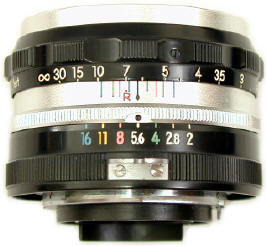 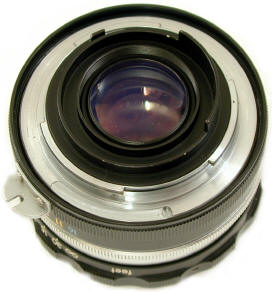 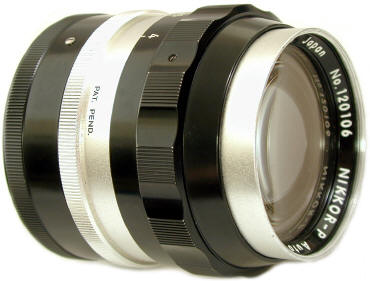 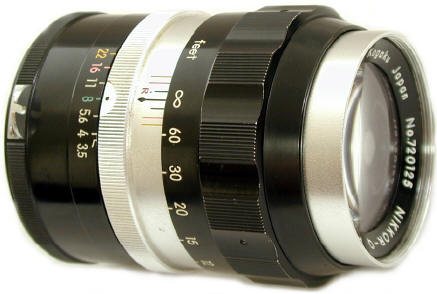 Starting serial numbers listed above for the 5.0, 10.5, and 13.5 cm lenses are those listed in Peter Braczko's excellent "Nikon Pocket Book."  Oddly, he does not give a starting serial number for the 3.5cm.   It is quite a reasonable guess, however, since the other three starting lens numbers end in at 101 or 102, that the starting 3.5's last three digits are 101 -- especially since number 107 has been reported.   Richard de Stoutz has a logical theory that all four starting TICK lens numbering sequences used   "101" as the last 3 digits ... but then that would assume the numbering sequence was logical.  Until more info turns up,  the numbers reported by Braczko will be used by me.

To make Nikon lens classifications even more confusing, most of the various characteristics changed at different times, on different lenses.  It must be emphasized that Nikkor lens characteristics seldom changed in unison over the entire,  very large lens range.  Style changes generally appeared in the most popular focal lengths and f/stops first.  Style changes for low production lenses were often adopted over time as parts ran out, and as lenses needed major optical and structural updates.    Contemporary lenses of different focal lengths and f/stops often have slightly different family features.   With Nikon's large lens line from 6mm to 2000mm,   the variety in these small details often defies attempts of organized lens classification.     Once a change was made, a particular feature usually continued until  all the older parts were used up ... older parts for one lens could  be used up long before the parts of another lens, playing havoc with attempts at lens classification.

With the largest 35mm lens lineup, Nikon lenses have great variety.   ALL lenses did not have ALL of the "standard" Nikkor features listed above.   For instance,  mirror lenses with their   fixed apertures, did not have meter coupling rings,  click stopped f/stops, or automatic diaphragms. 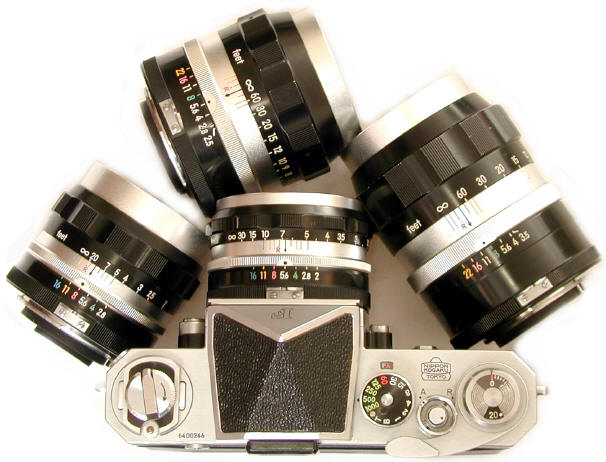 If you are a serious Nikon collector and have not already heard of TICK Mark lenses,   let me explain that no standard Nikon reference book I've seen (in English) mentions them by name.  For example,  the Nikon Compendium's mediocre Nikon F lens classification system doesn't seem to have a clue that TICK Mark lenses even exist.  The only previously published detailed English language source  I'm aware of are several articles in the high quality, but not widely distributed, Journal of the Nikon Historical Society.   The first article NHS TICK article  was written by Calvin Ho, who probably invented the "TICK" designation.   While experienced collectors went about intently searching for TICK Marked lenses, the inexperienced sold them for a small fraction of their value without knowing what they had -- a standard scenario for all collectibles.

Again, my thanks to Richard de Stoutz,   Yasuyuki Ochiai, and Roland Vink for sharing information.

Revised: February 19, 2004 .  Copyright © 1998-2004  Stephen Gandy. All rights reserved.    This means you may NOT copy and re-use the text or the pictures in ANY other internet or printed publication of ANY kind.  Information in this document is subject to change without notice.  Other products and companies referred to herein are trademarks or registered trademarks of their respective companies or mark holders.