The 21mm f/4 Nikkor Nikon Rangefinder mount - to quote Humphrey Bogart as Sam Spade in John Huston's Maltese Falcon "The stuff that dreams are made of." 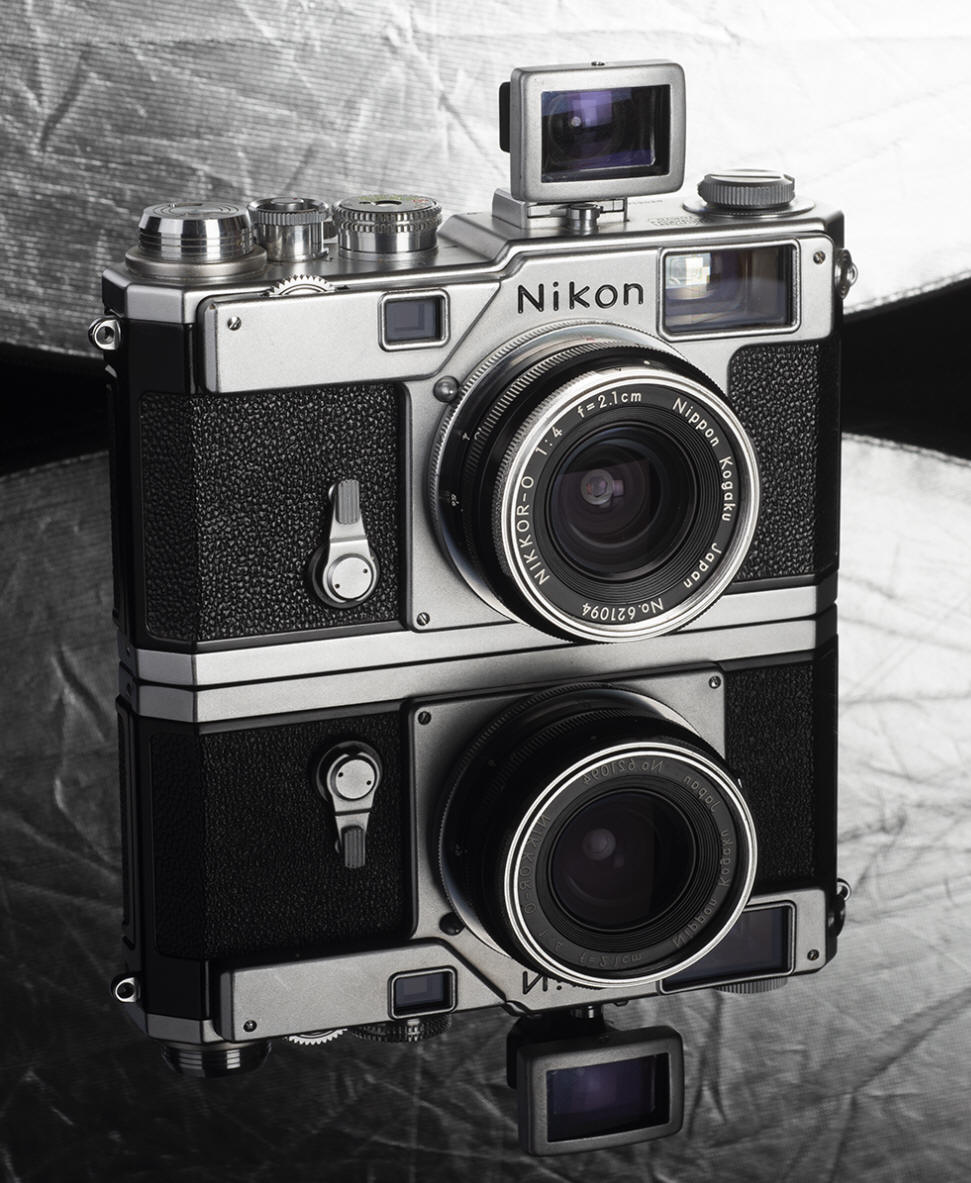 Today with all the enthusiasm for black paint cameras, its too easy to forget that the new chrome finish of  1960's vintage Nikon rangefinders

was absolutely gorgeous even on the economy S3- far prettier than cameras produced now. 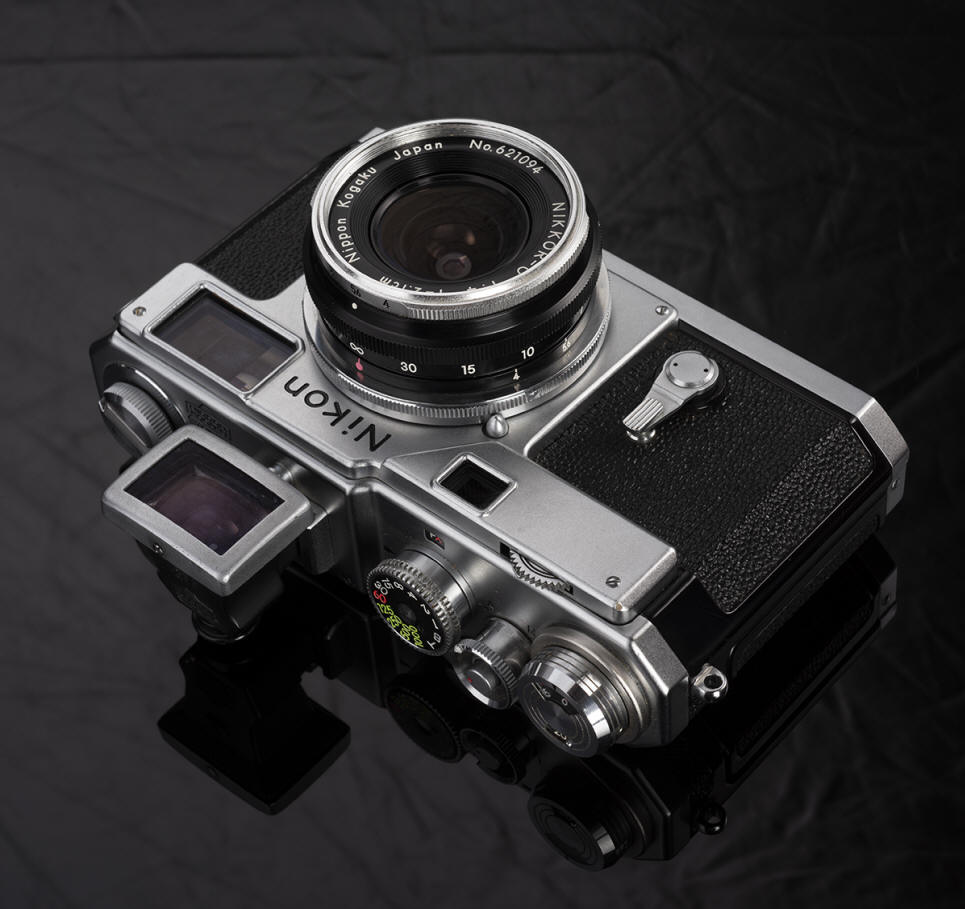 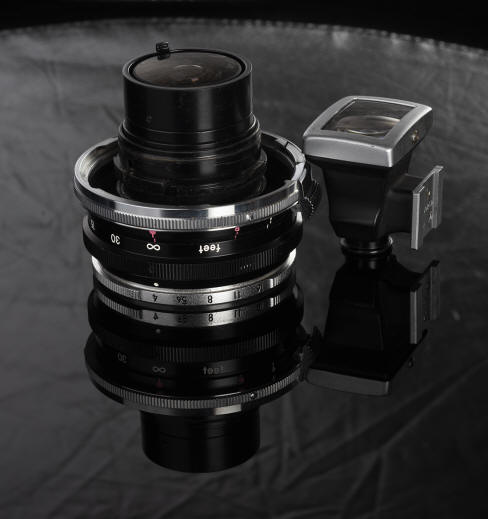 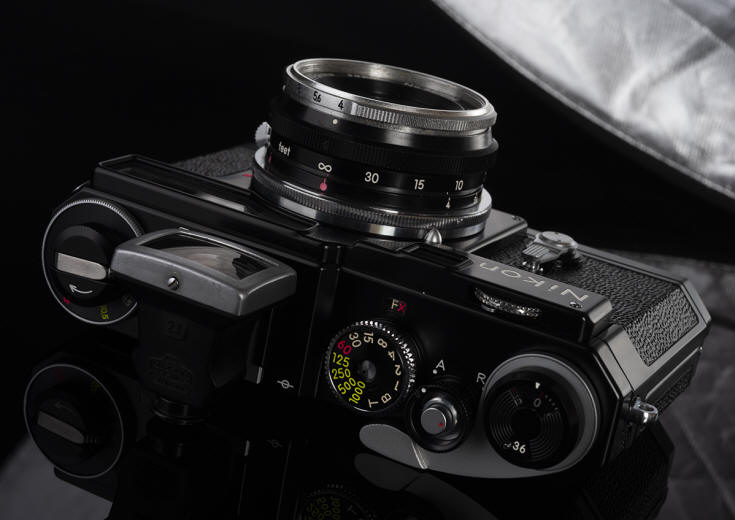 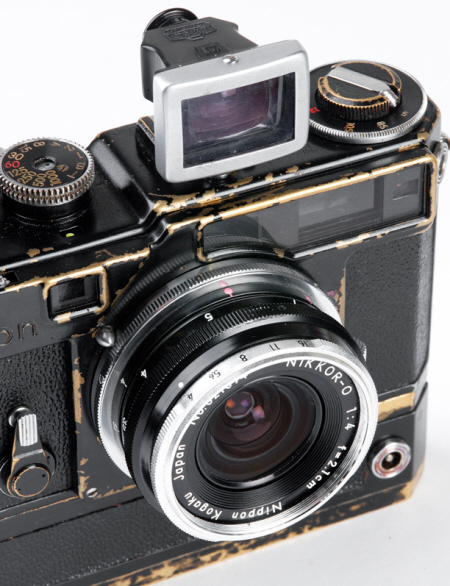 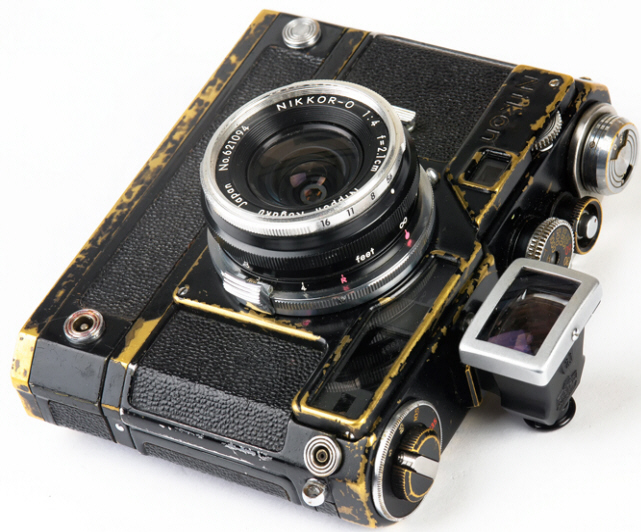 mounted on an black paint Nikon SP with S36 motordrive 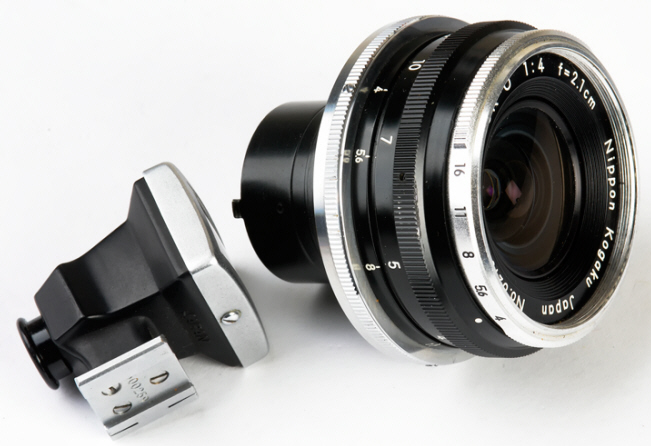 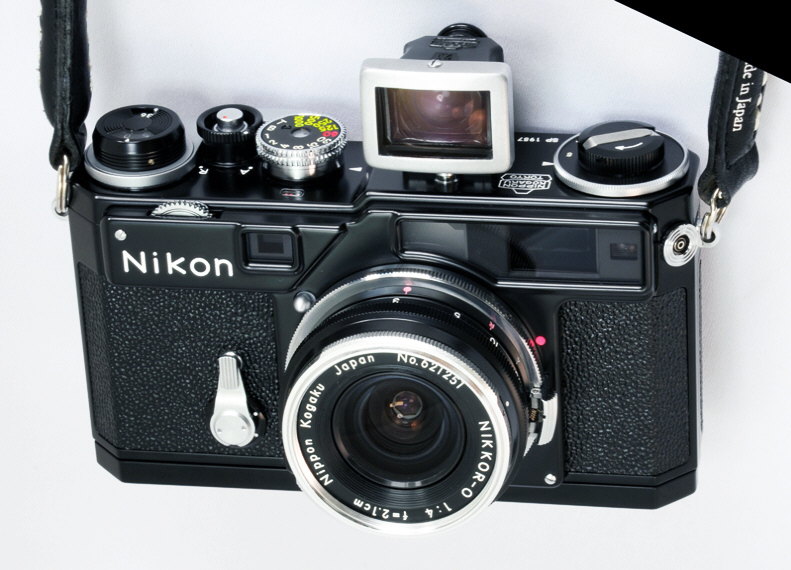 Today the 21mm f/4 Nikkor in Nikon rangefinder mount is very difficult to find, especially complete and in nice shape.  Introduced in June 1959 along with a Nikon F version and the fabulously successful Nikon F SLR which would eventually lead to the Nikon rangefinder system being discontinued, the 21mm f/4 was last listed in December 1961 with the factory showing only 298 being produced.  Its collectability is enhanced by its fine optical performance (for its time) and anchoring the widest production Nikon rangefinder lens.  Real world its rarer than its numbers would seem to indicate.   Personally I have seen about a dozen Nikon One's, yet only four Nikon rangefinder mount 21mm f/4 Nikkors! Many long time Nikon collectors have never seen this lens with their own eyes, much less owned one.

When introduced in 1959 the 21mm f/4 Nikkor was the widest production Japanese made optic for 35mm photography. The widest Nikon lens with 8 elements using rare earth elements, the 21mm f/4 Nikkor was something special. With a short production span and low production numbers, the only known variations are the lens scales in feet or meters.   However an important, unsubstantiated variation might exist.  Nikon price lists show a Leica Screw Mount version of the 21mm f/4!   That price list probably means at least a few prototypes were produced.  American photo magazines of the early 1960's shows a New York camera dealer advertising such a lens.  Once upon a time I was offered such a lens in a Nikon collection which I foolishly did not buy.   Still, all of those references might be mistakes -  until an original 21mm f/4 in Leica Screw mount is finally found and confirmed! 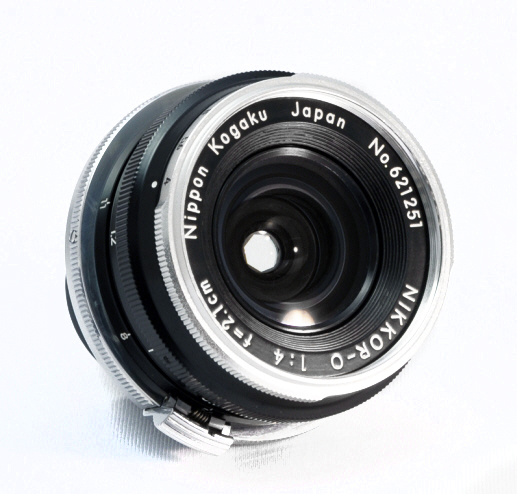 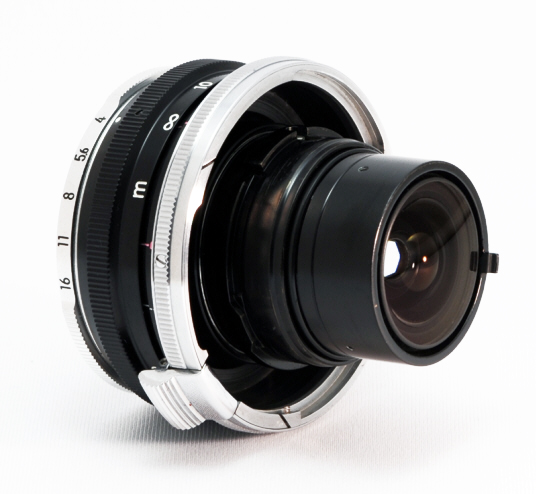 Even with its very deeply set rear element, the 21mm f/4 Nikkor weighs only 4.5 oz.  Filter size is 43mm.  Close focus distance is 3 feet.  Aperture range is f/4 to f/16.   It has 8 lens elements in 4 groups.  While the center results are relatively sharp for its vintage, the vignetting is less than you would expect of 1960's super wide lenses. There are only two major variations.  Most are marked in feet.   Only a few have been reported with the focusing scale marked in Meters. 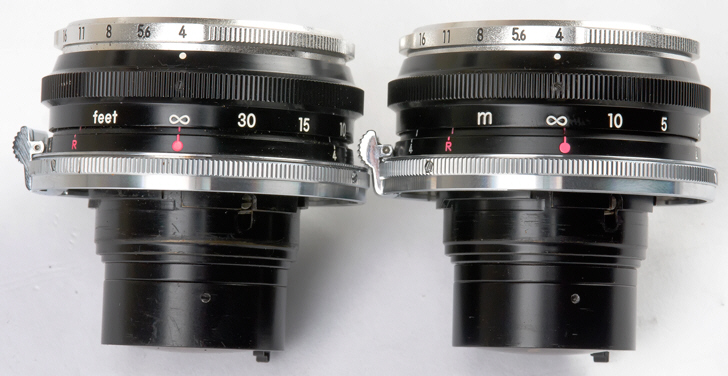 This particular lens is one of only 3 reported to the Nikon Historical Society as having its lens scale marked in meters.  The great majority have their focusing scales marked in feet.  Notice the very deeply recessed rear element which extends almost to the film plane, as well as the protective lens lug extension which serves to protect the rear element when the lens is set down without its lens cap. Alas, that same protective lug will play destructive havoc with some adapted bodies, the Leica M240, Leica M-P and Sony A7 among them.

Shooting the 21mm f/4 Nikkor is a bit problematical as its so rare.  Woe to the cursed collector who drops their 21mm f/4 on the street! Shooters are better off more safely shooting the much better performing Voigtlander 21mm f/4 Color Skopar in Nikon rangefinder mount or a vintage and much easier to find Zeiss 21mm f/4.5 Biogon in Contax mount.   Likewise your shooting will be more pleasurable with a modern viewfinder such as the metal Voigtlander 21/25 or a Leica 21mm finder. 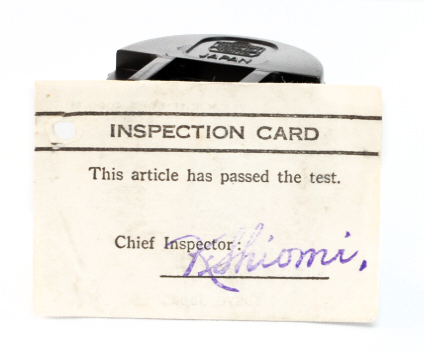 Indeed, finding a lens inspection slip with any Nikon rangefinder lens today is rare, much less the 21mm f/4!   Mr. Shiomi was correct, this lens has passed the test of time. 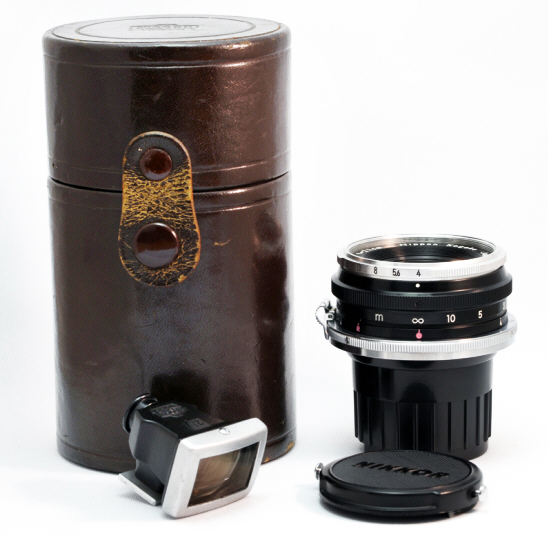 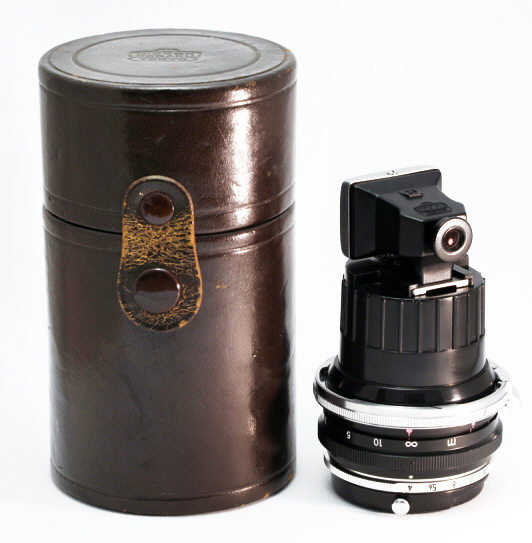 The 21mm f/4 Nikkor has it own special lens case, viewfinder, rear lens cap, and odd front lens cap.  The 21mm viewfinder has a known serial number range of 600112 to 601656 due to early Nikon F versions of the 21mm f/4 being supplied with this viewfinder.  Produced at the end of the Nikon rangefinder system production, oddly the front cap is marked NIKKOR instead of having the customary NIKON marked front lens cap.   Alas, this fine lens is missing its lens hood.  If you have one for sale, let me know! 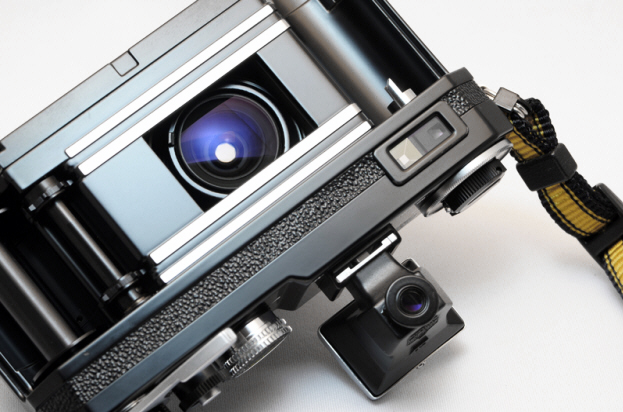 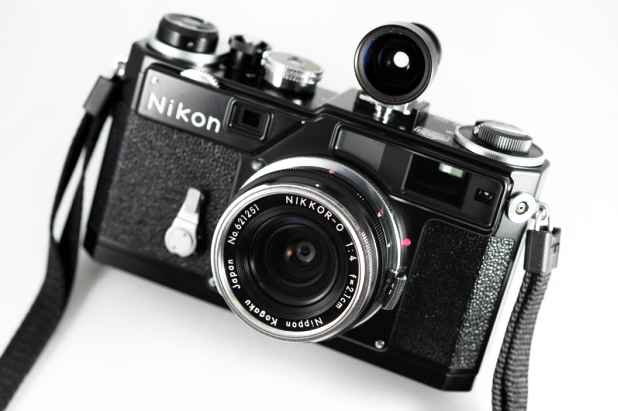 The 21mm f/4 rear element almost touched the shutter curtains! The Nikon 21mm viewfinder's small exit pupil gives a rather small view by modern standards.   The Voigtlander 21/25 viewfinder above mounted on a Nikon SP 2005 is much better.

Rangefinder newbies: the viewfinder is necessary to see what is going to be in the picture, as viewing is not thru the lens like a SLR or on a LCD like mirrorless cameras. 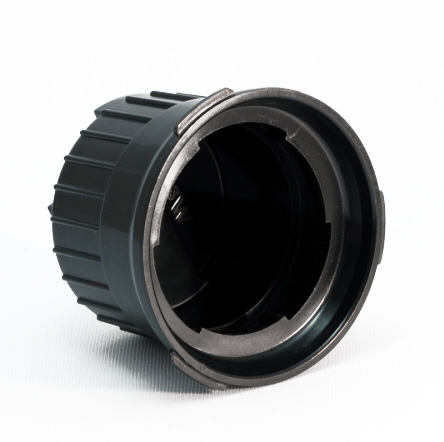 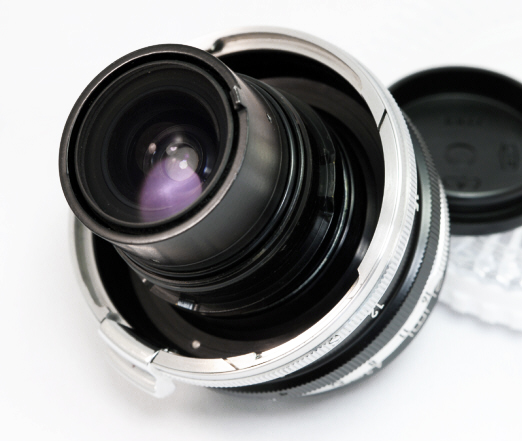 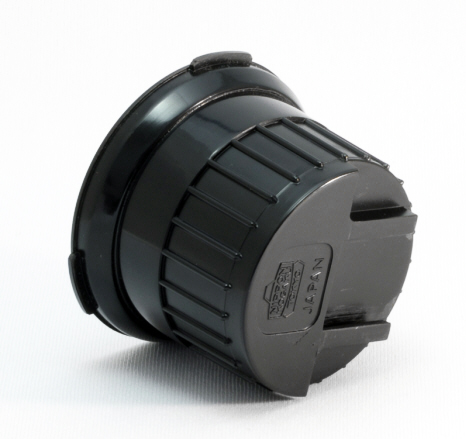 Oddly enough an original rear 21mm f/4 Nikkor lens cap with the mounting lugs intact is harder to find than the lens!  About 99% of them were sheared off with the passage of time. 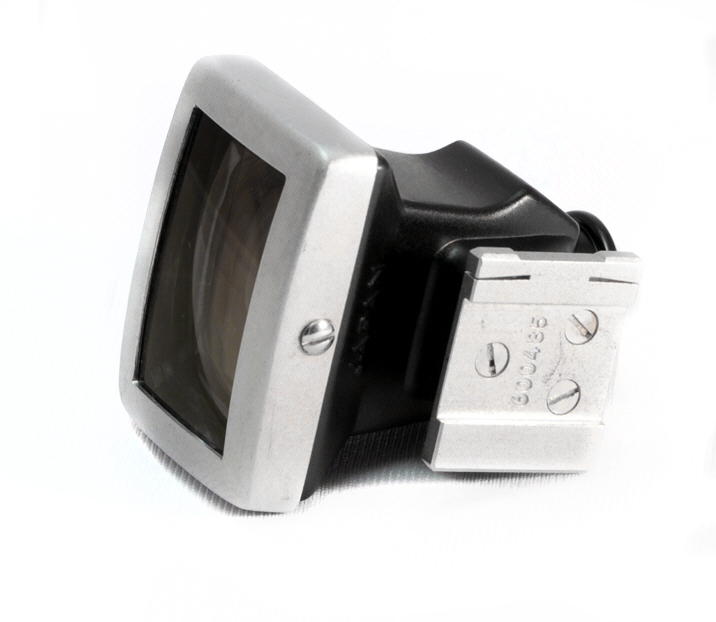 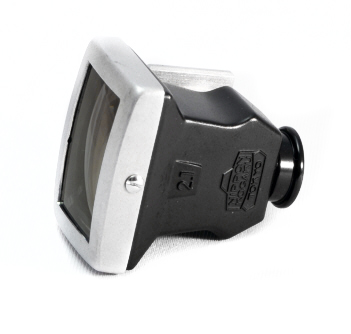 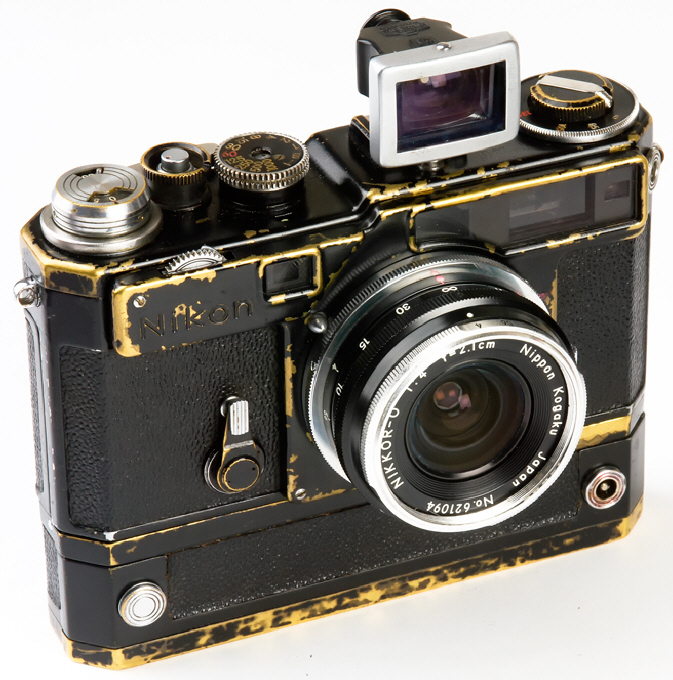 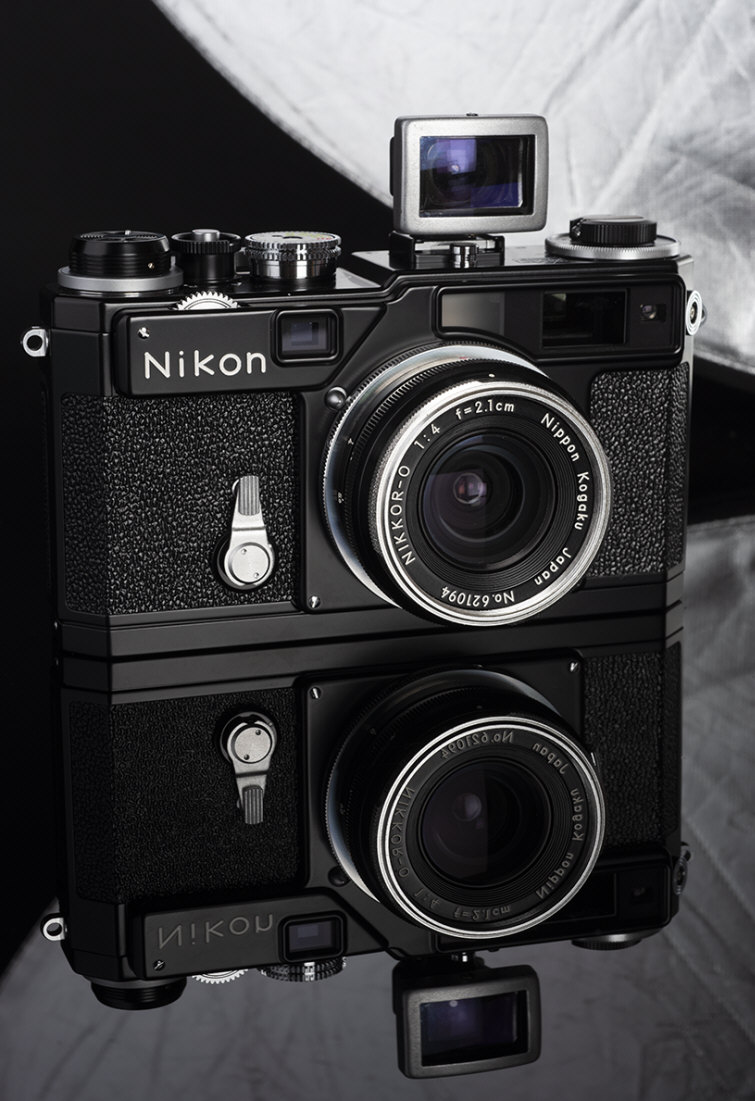 This page is written from my own experience with the reference help of Bob Rotoloni's indispensable must have book "The Complete Nikon Rangefinder System."  Buy it on Amazon or Ebay.

My thanks to Jon Mitchell who allowed the use of many of his copyrighted photos, as indicated in the jpg file name.

Revised: October 08, 2019 .  Copyright © 2015-2019 Stephen Gandy. All rights reserved.    This means you may NOT copy and re-use the text or the pictures in ANY other internet or printed publication of ANY kind.  Information in this document is subject to change without notice.  Other products and companies referred to herein are trademarks or registered trademarks of their respective companies or mark holders.