Use Contax  and Nikon Rangefinder Lenses on Leica RF! 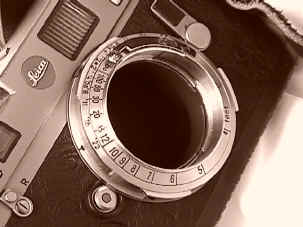 Amazingly,  with the proper adapter  you can   use Nikon Rangefinder and Contax Rangefinder lenses on your Leica Screw Mount  or M Body and still have FULL rangefinder coupling!!

Two such adapters were made in the 1950's.   From England came two versions of  the Cooke & Perkins adapter for Contax lenses, one for 50mm only, and another with the outer bayonet for wide angles and Teles as well.   From Japan came the Orion adapter, available for both Nikon and Contax lenses.   Interestingly, they have no "Orion" manufacturer's marking.   As brought to my attention by Jeffrey Felton, later Orion adapters are labeled either "Nikon"   or "Contax," while earlier Orion Contax adapters have no Contax markings.      Today these classic   adapters are VERY rare and VERY sought after by collectors and users alike.   Recently one was advertised in the Leica Viewfinder catalog for $2,500.  To put it in perspective, many experienced Leica people have never even seen these adapters, much less used them.   Yet, they are GREAT if you can find them.  Click here for more information on the Orion Camera Company.

In 2001 new manufacture copies of Orion adapters appeared in Japan.  By 2004 they were discontinued due to lack of interest, themselves becoming collector's items like the original Orion adapters.  The new adapters have a  very high machined quality and finish.     There are two adapters, one for Nikon lenses and one for Contax lenses.   Each adapter resembles the actual helical found on Nikon or Contax cameras -- the Contax in all chrome and the Nikon in chrome and black.      The Contax adapter does not allow the fitting of the 21 or 35 Biogon due to some sort of internal restriction.   The Nikon adapter has a similar problem with the 35/1.8's rear elements making  contact with the M6 body. 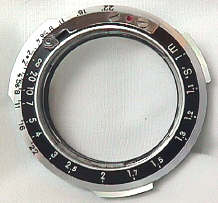 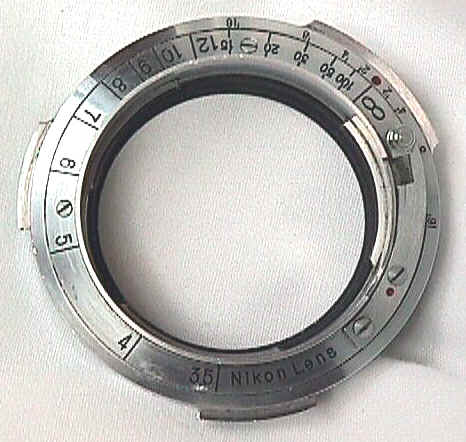 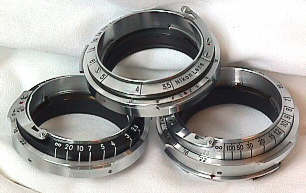 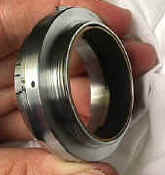 New Adapters bottom level, Orion Adapter on top.     All have Leica screw mount which can be adapted to M mount with the standard Leitz bayonet adapters.  Note the new type Contax adapter on the right has a M adapter attached.  Pic on right shows adapter's Leica thread mount. 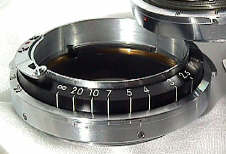 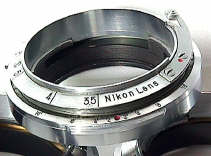 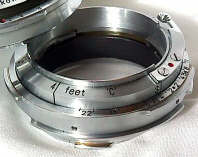 All adapters shown in the near focus position.   The original Orion adapter in the middle reveals helical threads on the sides, the newer adapters do not. 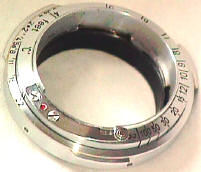 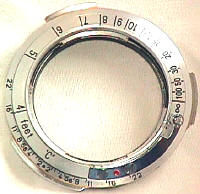 There are quite a number of Orion adapter variations.  Apparently they were hand made in an unknown number of machine shops, which helps account for the variations, which include: 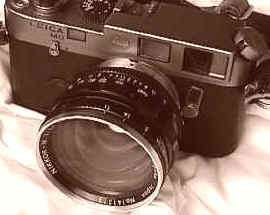 Here the external mount 50/1.1  Nikkor is mounted  on a Leica  M6.   The TTL metering works.   In other words, the Nikon-Leica adapter essentially  makes the M6 the TTL Nikon SP!  Well, kind of anyway.

Back To Lens Adapter Main Page

Revised: September 13, 2017 .  Copyright © 1998-2006  Stephen Gandy. All rights reserved.    This means you may NOT copy and re-use the text or the pictures in ANY other internet or printed publication of ANY kind.  Information in this document is subject to change without notice.  Other products and companies referred to herein are trademarks or registered trademarks of their respective companies or mark holders.