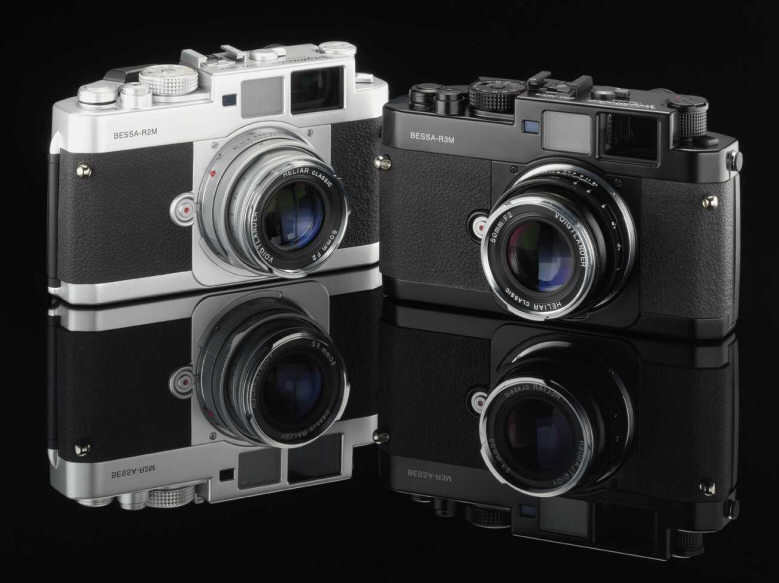 The advantage of the R2M is the 35 frameline, and that IF you don't wear glasses, some people use the full frame of the viewfinder for an approximation of a  28mm field of view -- although the hot shoe mounted 28 accessory viewfinder does a better job.

The advantage of the R3M is the life-size 1.0x magnification viewfinder.   This means that if you focus with your right eye, you can shoot with both eyes open, giving you full periphery viewing far beyond the framelines with less eye strain.  And of course, the 40 frameline mates perfectly with the very popular Voigtlander 40/1.4 Nokton.  With the higher magnification, you also get slightly more accurate focusing as the R3M has a longer effective rangefinder baselength than the lower magnification R2M.   IF you don't wear glasses, you may find it useful to use the entire full R3M viewfinder as a 35mm field of view.

The disadvantage of the R3M to some glasses wearers is trouble seeing all four edges of the 40 frameline.  This problem increases with the thickness of your glasses.  Yet many people who are bothered by this are expecting SLR like viewing accuracy from the framelines.  In fact framelines in all Leica mount cameras (regardless of camera manufacturer) are more like approximations as they show the minimum you will get on film when the camera is focused at its closest focus distance.  At infinity, you always get more than what the framelines show.  Bottom line, it depends upon your glasses and what works with you.  Even if you wear thick glasses, you will likely have no problem seeing the 50/75/90 R3M framelines.

So far only 2500 Limited Edition 250th Anniversary Voigtlander R2M and R3M sets have been announced by Cosina Voigtlander.  Production is 300 silver paint R2M, 700 black paint R2M,  500 silver paint R3M and 1000 black paint R3M.  This makes these relatively rare cameras and lenses.   It remains to be seen if, when, and what version of the R2M / R3M might be introduced in the future.

These four cameras are produced in the same factory on the same assembly line by the same personnel, using the same body casting.  They differ primarily in their shutters and Aperture Priority Exposure vs. Metered Manual Exposure.

The R2A / R3A have electronic shutters which makes possible your choice of either metered manual metering (you adjust the f/stops or shutter speeds to match the finder readout) or Aperture Priority Automatic Exposure (you choose the f/stop, the camera automatically chooses the shutter speed) with AE exposure lock.  The R2A / R3A offer faster shooting with Aperture Priority -- a big plus for street photography or quick moving events.  The disadvantage is like virtually all other electronic shutter cameras, dead batteries mean a dead camera.

The R2M / R3M have mechanical shutters, which means no Aperture Priority AE.  Dead batteries mean no meter, but you can continue to take pictures by setting the exposure yourself.  In my opinion the R2M / R3M have the best metered manual metering display of ANY Leica mount rangefinder.  In addition, the R2M / R3M shutters are noticeably quieter than the earlier mechanical shutters of the Bessa L, T or R2, but yet not as quiet as the cloth shutters in the Leica M series.

The R2M / R3M 250th Anniversary cameras are relatively rare limited edition cameras produced in either silver paint or classic black paint.  The R2A / R3A are standard production cameras, produced in either black splatter paint or gray paint.  The R2M / R3M have a LED meter readout in plus / - half stops from -2 to +2.  The R2A / R3A have a LED meter readout indicating the closest selected shutter speed.

Buy the Bessa which suits YOUR needs best.  Only you can decide that.  The best Bessa for your best friend may or may not be the best camera for YOU. 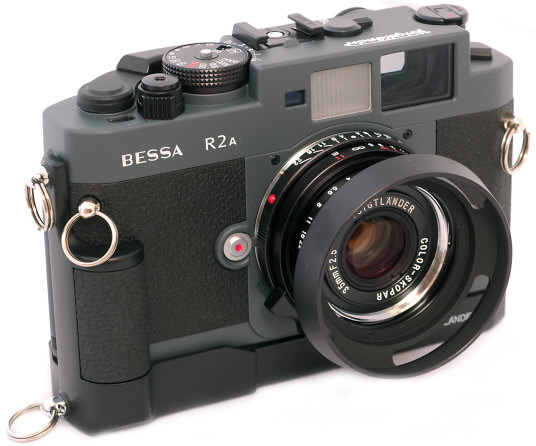 Revised: September 10, 2017 .  Copyright © 2006  Stephen Gandy. All rights reserved.    This means you may NOT copy and re-use the text or the pictures in ANY other internet or printed publication of ANY kind.  Information in this document is subject to change without notice.  Other products and companies referred to herein are trademarks or registered trademarks of their respective companies or mark holders.